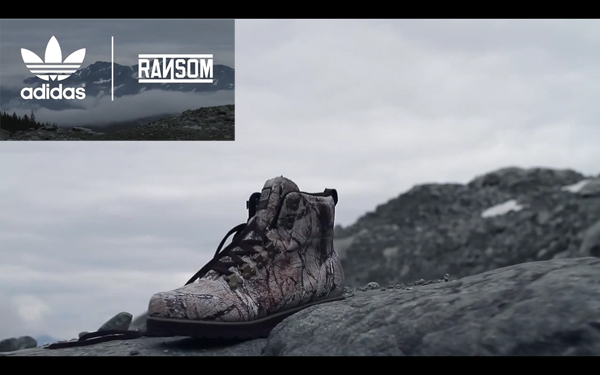 Canadian menswear brand, Ransom has made a name for itself as one of the foremost menswear brands since its inception in 2002. Working hard to continuously represent and honour their roots, Ransom has released its Fall/Winter 2011 collection lookbook, which was filmed along coastal British Columbia and the expansive Pemberton Icecaps. Traveling by helicopter and camping in some of the most beautiful spots on earth, the Ransom team showcases three new silhouettes of the adidas collabo’d shoes: The Tantalus, The Crest and The Chase. All the shoes in this collaboration collection are appropriately rugged and also refined enough for pounding the pavement or even in the icecaps of the North. The three new shoes will be available soon at all Ransom stockists.