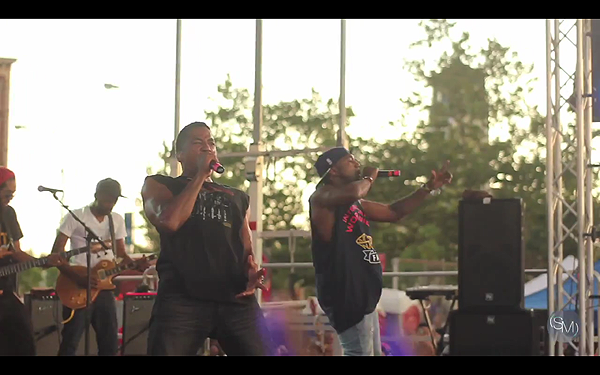 Last Saturday was the seventh annual Brooklyn Hip-Hop Festival held under the iconic Brooklyn Bridge. Headlining the jam was “Q-Tip & Friends” which turned out to be quite a lineup. During the high energy performance, Q-Tip dropped some classics jams, with the help of The Roots’ Black Thought, and J. Period on the decks. Also joining Q-Tip on stage was Busta Rhymes, who stuck around to perform “Scenario,” “Look At Me Now” and “Oh My God“. The last surprise, and it really did change the game of the fest, was when the music slowly faded into the intro to Kanye’s “Dark Fantasy,” who then emerged in a black tank top and a Mitchell & Ness custom Snakeskin snapback by Don C. Kanye kept the crowd hyped during “All of the Lights“ and joined Q-Tip on “Award Tour.” The set really did show why Q-Tip is one of the most respected mc’s in the game.

Check out the official videos below from Brooklyn Bodega, one of the festival organizers. Enjoy!