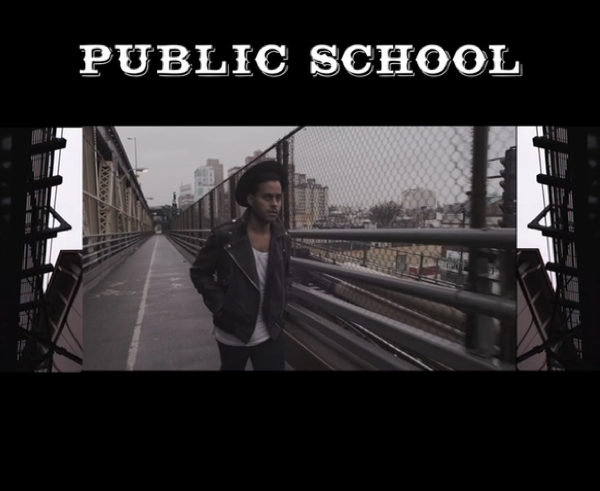 The soundtrack is instrumental, but will likely appear on his forthcoming sophomore release in some form or another this summer. Twin Shadow had this to say about his participation on this project:

I met the men behind Public School briefly last year after a performance in New York. They reached out a few months later to see if I’d be interested in collaborating on the presentation of their Autumn/Winter clothing line, which they said had been inspired by my personal style.

Obviously flattered, I went to meet them at their studio. While we discussed the presentation of the line I tried on several of the pieces in the collection for which I noticed two things. Firstly, the quality and care put into the product was self-evident. Secondly, every piece fit like a bespoke garment.

After seeing the sincerity of the gentlemen behind Public School, I committed to writing music and appearing in the film for this project. I think this project encapsulates the essence of the clothing and the men involved; a beautiful balance of dirt cool and class, my two favorite things.