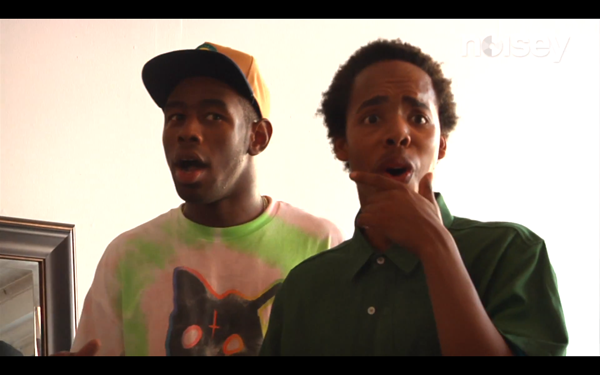 Early this week we presented part one VICE Magazine‘s Noisey presents the Odd Future New York Takeover, and today we give you part two. Part two follows the OFWGKTA as they go from Terry Richardson’s studio, to Frank Ocean’s sold-out Terminal 5 show, to the Odd Future show, and ending up in Brooklyn at the chaotic, hardcore Trash Talk show. If you are only slightly familiar with the huge scope of the Odd Future collective, this video will enlighten you. Watch below.