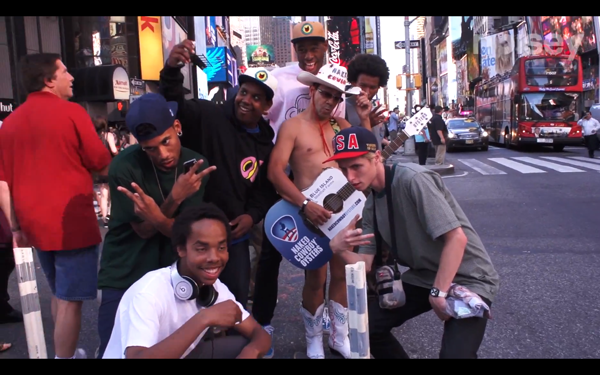 Vice’s Noisey project recently spent some time, twenty-four hours to be exact, with Odd Future during their “New York Takeover,” when Frank Ocean, Trash Talk, and Tyler, the Creator and Earl Sweatshirt all played in one night. The video focuses on the antics of the rap collective as the spent the day killing time and causing a ruckus in New York just before Odd Future photographer Sagan Lockhart’s raucous debut photo exhibit. The video is cringingly hilarious and totally worth watching, especially the crying teenage girl super fans. Wow! And this is only part one! Watch below.