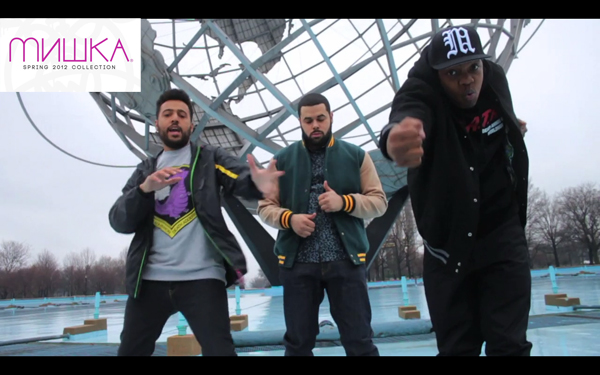 Our good friends over at Mishka NYC have released their Spring 2012 video lookbook teaser. The video features a long list of New York’s best up-and-coming rappers including Venus X, Das Racist, Danny Brown, Action Bronson, Children Of The Night (of World’s Fair) and many more. The video/lookbook was shot in the various boroughs that each group of rising stars comes from. The official release date of the new collection has yet to be announced but as is always the case, Mishka vaguely reassures that it is coming “like real, real soon.” We can’t wait.