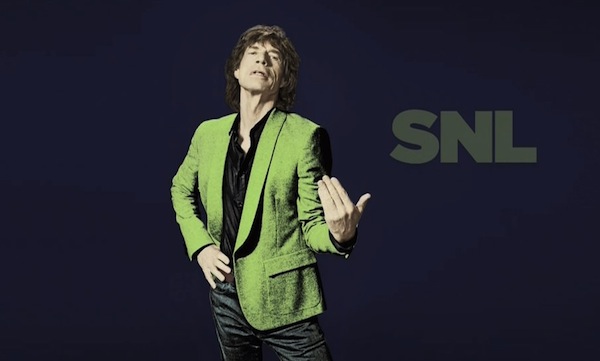 The season finale of Saturday Night Live featured a whole whack of cameos both musical and otherwise including Steve Martin, Jeff Beck, Arcade Fire, Foo Fighters, Nikolai Fraiture from The Strokes, and Mick Jagger who hosted and was also the musical guest.

Watch Mick Jagger performing “The Last Time” with Arcade Fire and Nikolai Fraiture and a medley of “19th Nervous Breakdown” and “It’s Only Rock ‘n Roll (But I Like It)” with Foo Fighters below.