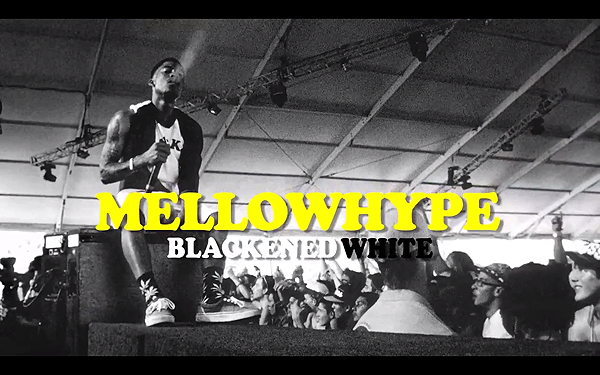 A couple of weeks ago we introduced you to Hodgy Beats and producer Left Brain, aka Mel­lowHype of the Odd Future camp. We told you about the upcoming re-released of the duo’s dope album BLACKENEDWHITE,which was offered as a free downÂ­load on the Odd Future Tum­blr last year. The album will drop tomorrow, July 12, 2011 via Fat Possum. It makes me laugh that the record industry slept on ALL these Odd Future guys for over a year, and are now racing to release the albums that were already release on the net for free. I wonder if the big labels actually understand why their industry is a fcking mess. Anyway, watch the BLACKENEDWHITE rerelease trailer below, it has a lot of footage from Coachella! Enjoy.