Video: LCD Soundsystem ‘SHUT UP AND PLAY THE HITS’ Trailer 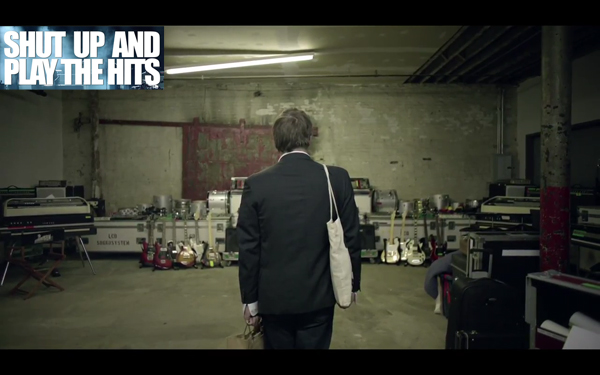 On April 2nd 2011, LCD Soundsystem played its final show at Madison Square Garden. LCD frontman James Murphy had made the conscious decision to disband one of the most celebrated and influential bands of its generation at the peak of its popularity, ensuring that the band would go out on top with the biggest and most ambitious concert of its career. The instantly sold out, near four-hour extravaganza did just that, moving the thousands in attendance to tears of joy and grief, with NEW YORK magazine calling the event “a marvel of pure craft” and TIME magazine lamenting “we may never dance again.” SHUT UP AND PLAY THE HITS is both a narrative film documenting this once in a life time performance and an intimate portrait of James Murphy as he navigates the lead-up to the show, the day after, and the personal and professional ramifications of his decision. The film was directed by Dylan Southern and Will Lovelace.