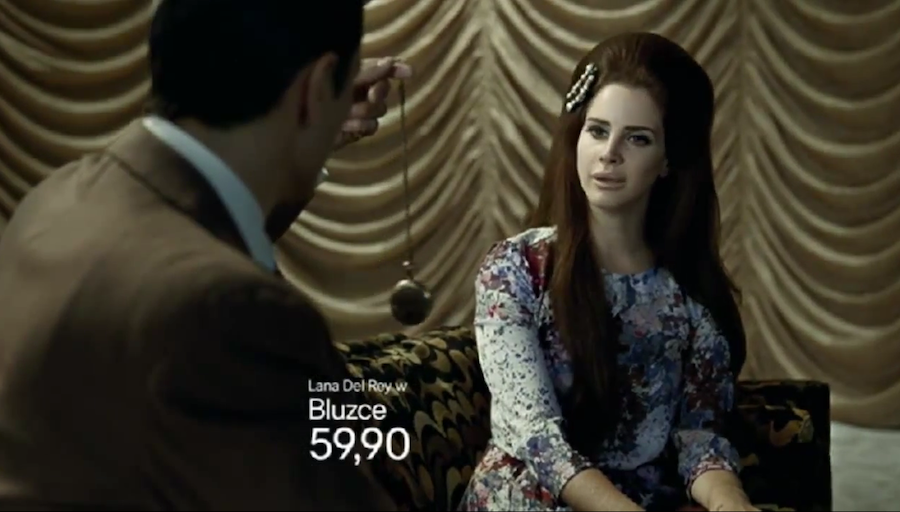 Lana Del Rey’s fall campaign for H&M continues with this short, somewhat kooky, commercial clip of the short film she made with the brand, containing her cover of the classic 50s track “Blue Velvet”.

The Johan Renck-directed film takes after David Lynch’s film by the name of, you guessed it, Blue Velvet, and in good form, utilizes his signature imagery like a midget, hypnosis, and curtains galore. The film accompanies the Inez & Vinoodh-shot print campaign, which will officially hit magazines later this month.

Get the first look at the video ad below.