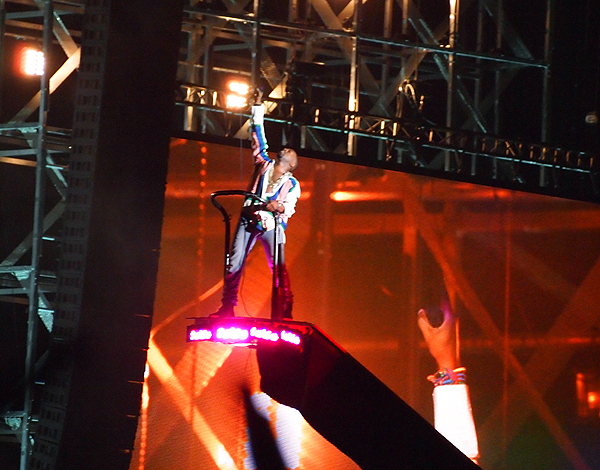 Sidewalk Hustle was at Coachella 2011, and it was epic! One of the highlights was the Sunday night festival headliner Kanye West. It is hard to explain just how epic the live show was, but it really was something that should be witnessed. Mr. West dropped both old and new classics that had the massive crowd of thousands singing along Despite the rumors flying rampant about who would join him on stage, surprisingly only Bon Iver and Pusha T did. Not that, that is a problem, but at one fevered moment during the festival rumors had Katy Perry, Rihanna, Kid Cudi, and JAY-Z as guests. came out, Being the showman and creative genius that he is, Kanye also gave the first public preview of the next Nike Air Yezzy 2 sneaker, that he rocked the entire show. So here is the video of his Coachella 2011 performance. Enjoy!


“Lost In The World”


All photos taken with love on an OlympusÂ E-PL2.