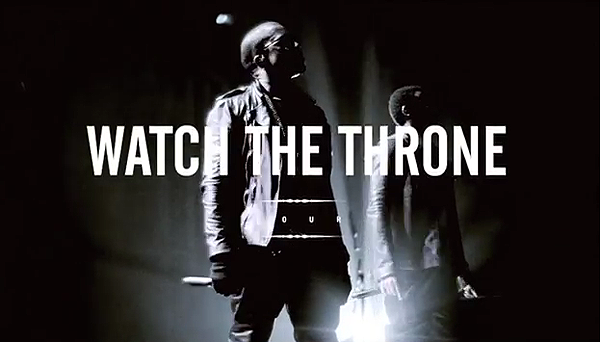 Jay-Z and Kanye West keep it short and sweet with this 20-second video trailer for the upcoming Watch the Throne album dropping on Monday August 8, 2011. Jay-Z’s manager John Meneilly promised that there will be NO leaks of the album advance of its Monday iTunes release,and so far he’s been dead-on. Watch the teaser trailer below and get excited for hip-hop history.