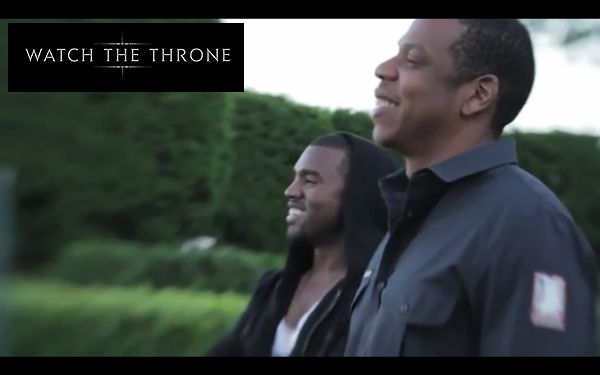 We are little over a week away from the highly anticpated released of the Jay-Z and Kanye West Watch the Throne album release, so the boys have offered up a mini-documentary revealing the inner-workings of the LP’s creation process. The 10 minute mini documentary shows the two hip hop titans in hard at work and hard at play as they recorded the album in a palatial house in Australia, even Beyonce makes an appearance. Watch the Throne is set to release on August 1, 2011 digitally and August 5, 2011 physically. Enjoy.