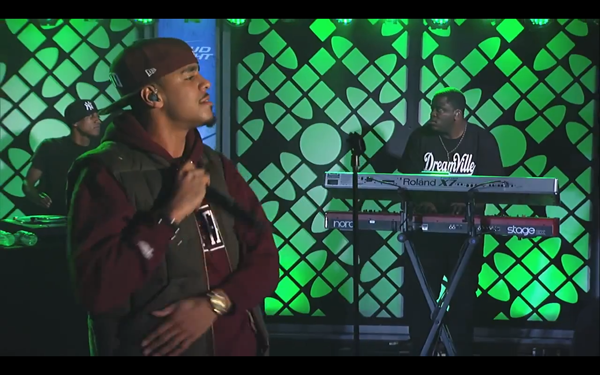 J. Cole recently passed through Hollywood to make his network television debut on “Jimmy Kimmel Live!” show. The Roc Nation rookie, whose debut album Cole World: The Sideline Story debuted at #1, took to the stage in the standard issue “rapper” uniform of a hoodie, vest, jeans, and Tim’s to perform his singles “Cole World” and “Work Out.” Watch both below, then go grab your copy of Cole World: The Sideline Story.