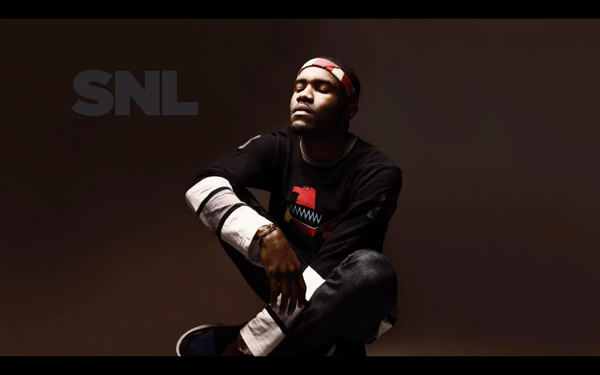 The new season of “Saturday Night Live” kicked off this past Saturday and what better way to get things started than by having the soulful hip hop sounds of Frank Ocean. Rocking his signature bandana and a Supreme Jersey the sometime Odd Future crooner performed two of his hit tracks from his debut channel ORANGE album, “Thinkin Bout You,” and “Pyramids.” Frankie brought out some big guns for his performance and was joined on stage by John Mayer who dropped a wicked solo during “Pyramids”.  Watch both performances below. 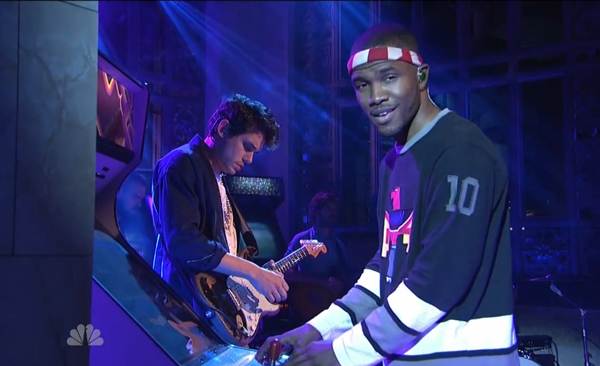