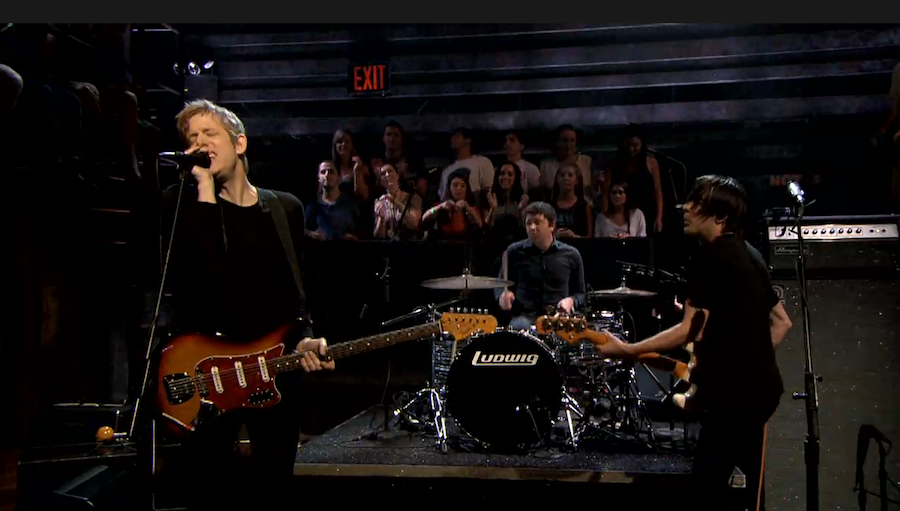 After their set in Toronto on Wednesday last week, Divine Fits stopped by Late Night With Jimmy Fallon, to perform “Would That Not Be Nice” on Friday.

Though “Would That Not Be Nice” is an awesome track, we would have preferred it if they had played one of the tracks where both Dan Boeckner and Britt Daniel sing on, as it’s a better representation of the band (in our opinion). We suppose Britt has more mass appeal in the states than Dan (stay indie forever man!), so it made sense for their debut, even if they share nearly all the vocals on the rest of their debut album A Think Called Divine Fits.