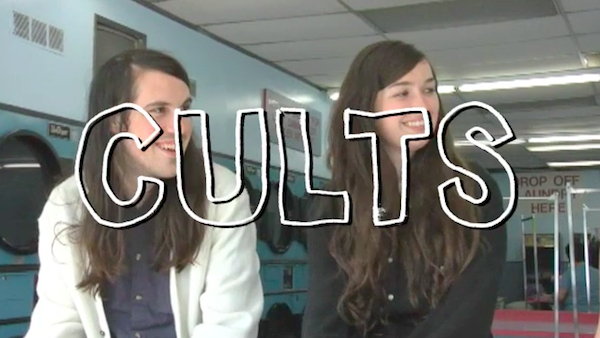 After watching the below interview on Dirty Laundry TV with Brian Oblivion and Madeline Follin of the New York-based outfit Cults, we gained a few tid bits of insight about the band. For one, they’re actually from San Diego and were both film students there when they started the band, which explains why their latest video for “Abducted” was so well done!

They’re also currently dating (which we choose not to comment on) and talk about driving back from Coachella in a van without air conditioning (yikes!) in the video. Their self-titled debut is set to drop on June 4th via Columbia, so, to check out all the album details click here. As well, be sure to read our review of their show in Toronto with Magic Kids before Coachella last month.