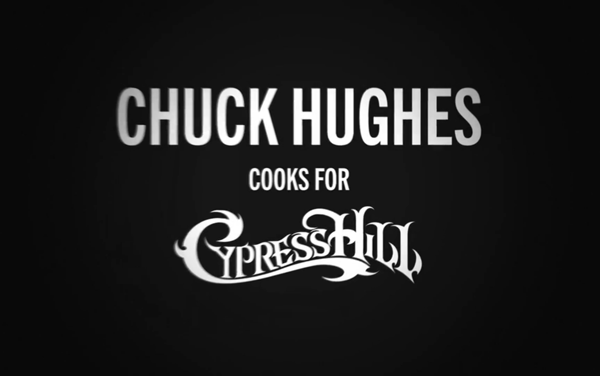 While catering for the Osheaga music and art festival, Canadian chef, television personality and restaurateur Chuck Hughes had the chance to go on stage, chat about food and cook for Cypress Hill.A fan since he was a kid, it was a once in a lifetime experience for him, and as it turns out the guys know their food. The video was shot, edited and directed by Marc-André Lavoie.