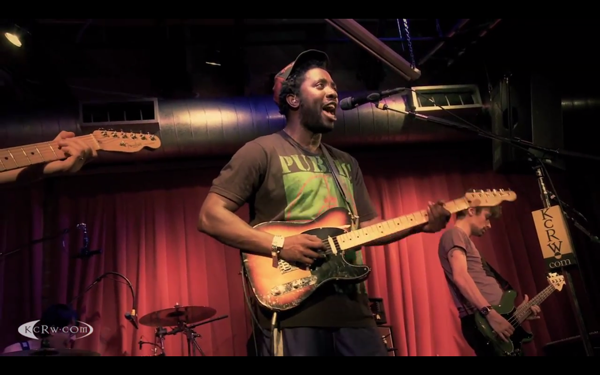 I’m so overjoyed that UK dance-punk purveyors Bloc Party are back! With a new album just weeks away, the band is touring heavily and making a ton of guest appearances all over the place. The internet is literally a buzz with Bloc Party news which means that I get to watch and listen to a plethora of new stuff. This must be heaven. In one such appearance, Bloc Party stopped by KCRW to premiere a live version of “Team A” and “Octopus” from their new album Four, a decidedly more rock-driven LP. The performances were recorded in front of a live audience at Apogee’s Berkeley St Studios. Watch both tracks below and if you like what you hear then head over here, to stream the full album.