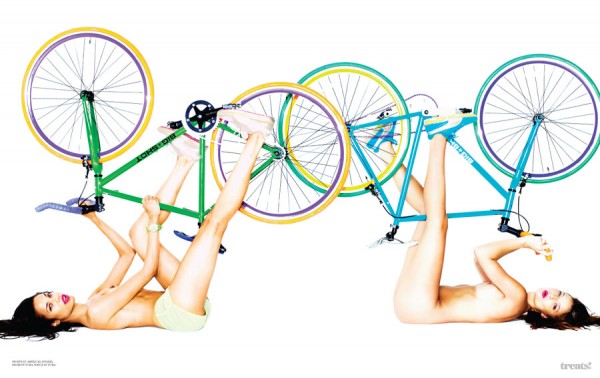 Here is the very sexy editorial Breaking away, shot by famed English photographer Ben Watts to promote the 2nd issue of treats! To promote the issue, treats! has created a campaign of three behind-the-scenes videos from Ben’s photoshoot called, Ben Watts Shoots Girls On Bikes. The three videos include a behind the scenes look at the photoshoot, and a bunch of topless models on bikes. FUN!