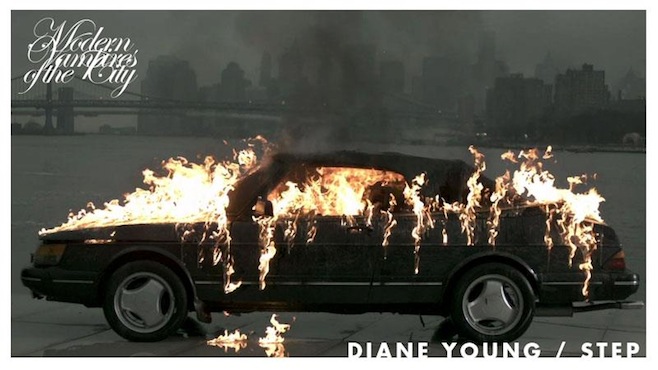 Vampire Weekend continues to tease towards their third full length album Modern Vampires of the City which is set to drop in early May (which seems like an eternity).

First check out their track “Diane” which sounds a little Yeasayer-ish while watch a car flame up for the entire duration of the track and the much more chilled lyrical video for “Step” and look out for their new album out later this spring via XL Recordings.