Punk rock doesn’t give a f*ck. It’s a genre that prides itself on brutal honesty, laying bare both our personal insecurities as well as society’s shortfalls. Live shows give fans a cathartic release from whatever they’re carrying on their shoulders. Slaves (UK) certainly live up to that but you’ll never hear them say they don’t care. In fact, they give many f*cks. The Kent two-piece is currently on tour with fellow Mercury Prize nominees Wolf Alice but have been fitting in headline shows in various cities. Last night, they made their NYC debut at Brooklyn’s Rough Trade.

Slaves fans have been waiting some time to see the band since they had to cancel last year’s North American tour due to frontman and drummer Isaac Holman’s shoulder injury. He seems recovered, never letting up during their twelve-song set. He plays standing up because he says he loves to dance too much to sit for an entire show. Laurie Vincent is a skilled bass player and an even better entertainer. The pair are complimentary, putting on an energetic and lively show complete with hilarious banter and inside jokes. Listening to songs like “Sockets” and “White Knuckle Ride,” you might expect Slaves to call for mosh pits and tell crowds to destroy the place. On the contrary, when a drunk fan called them c*nts, they did the British equivalent of clutching their pearls, which was to politely ask him to not use that word. This fan then invited himself on stage and Slaves let him have a go at a song, which he butchered without any shame. “You’ve let yourself down and you’ve let me down,” Vincent admonished.

Slaves’ thoughtful nature and the genuine brotherly love between them emerges between songs. It softens the first impression you might have of them. Taking his shirt off within five minutes of being on stage, Holman appears like a brawler. Vincent is covered in intricate tattoos, including a spider web on the side of his skull. The pair are proof that stereotypes are nonsense. Prior to their show, we sat down with them and talked about people’s impressions of them and what they really care about. Look out for that interview soon.

See photos of the show below. 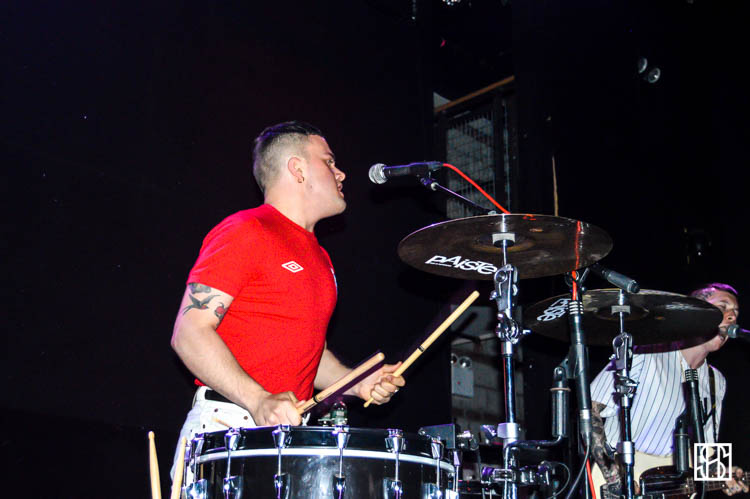 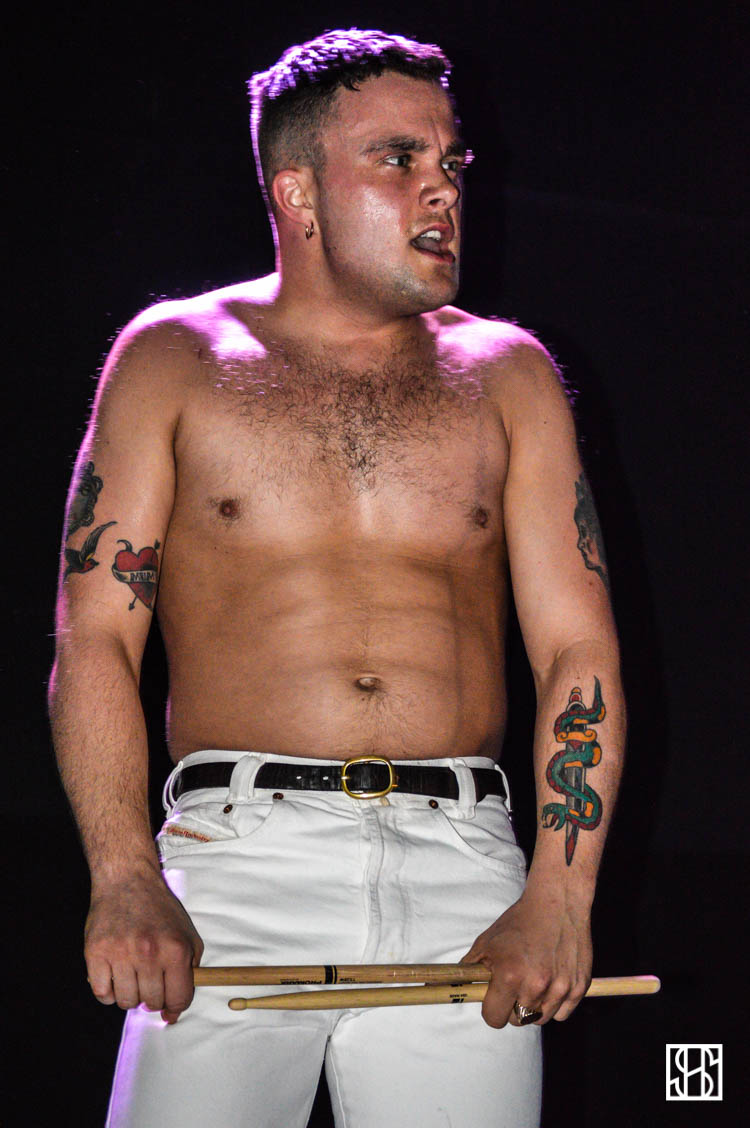 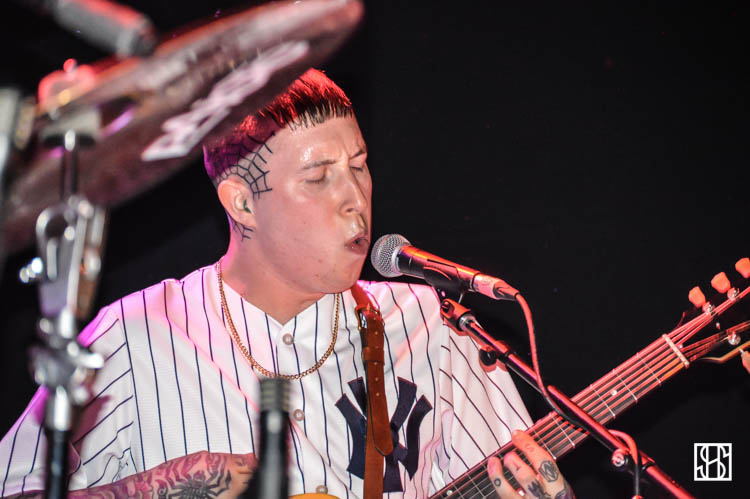 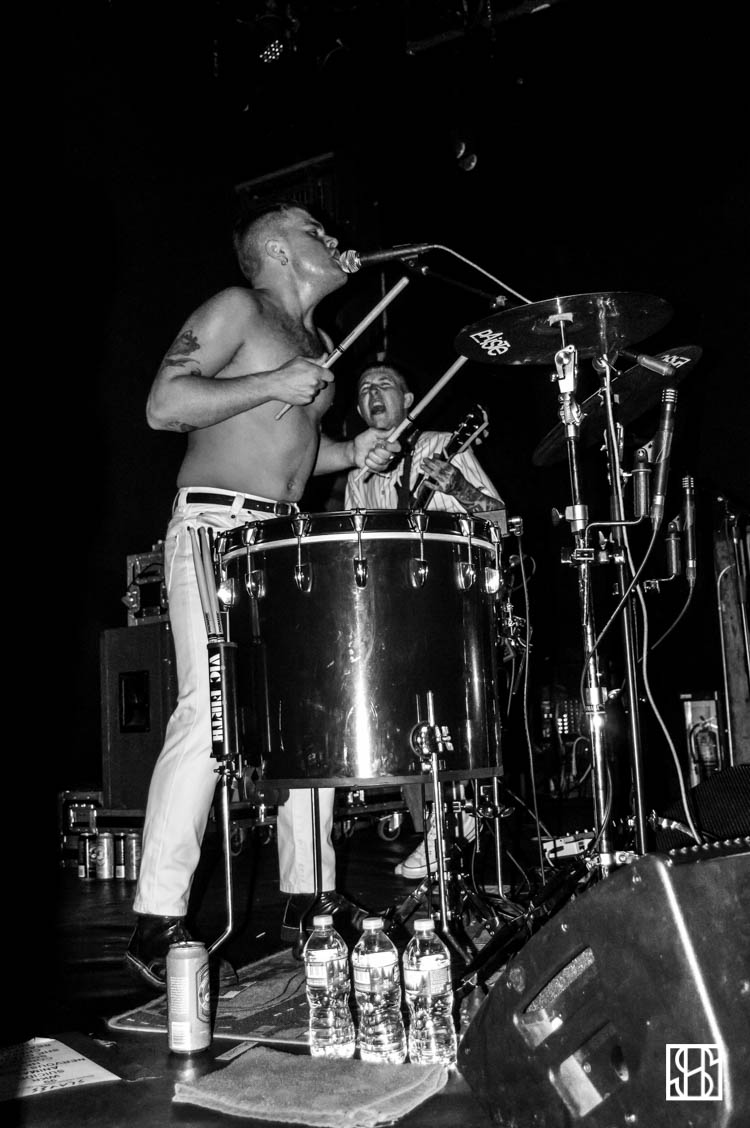 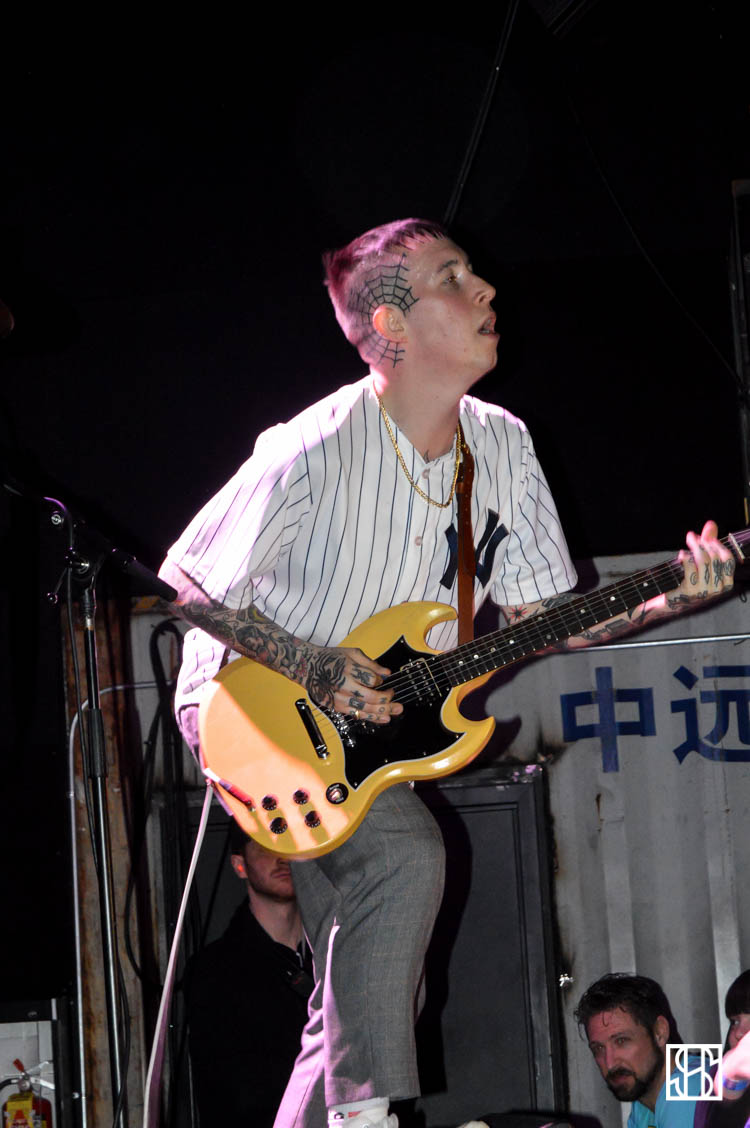 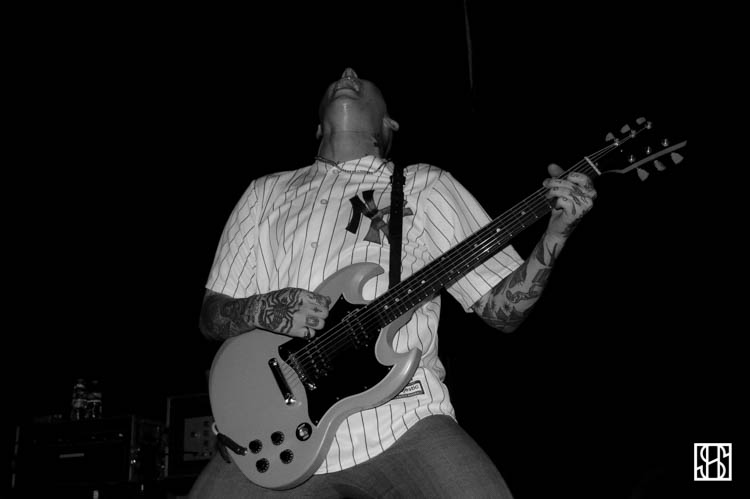 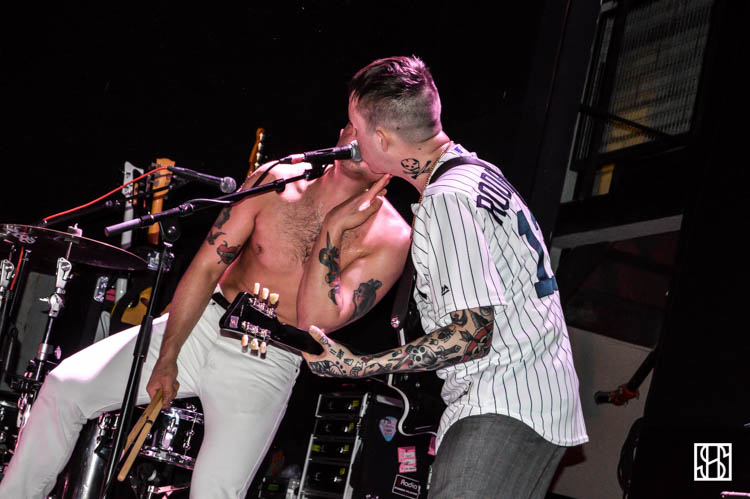 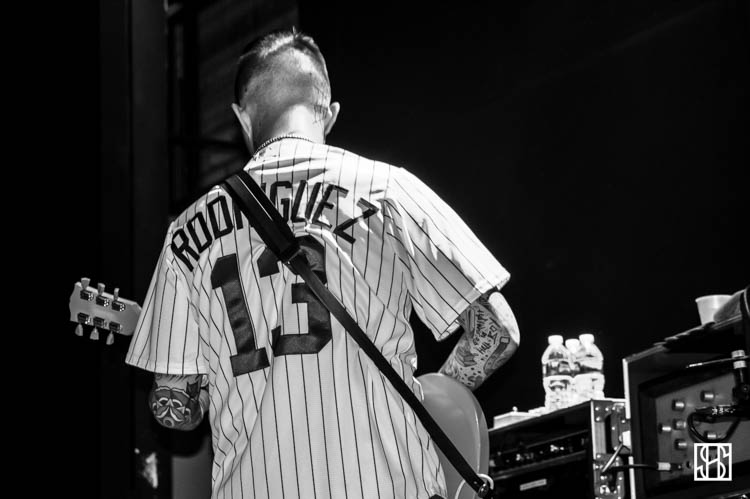 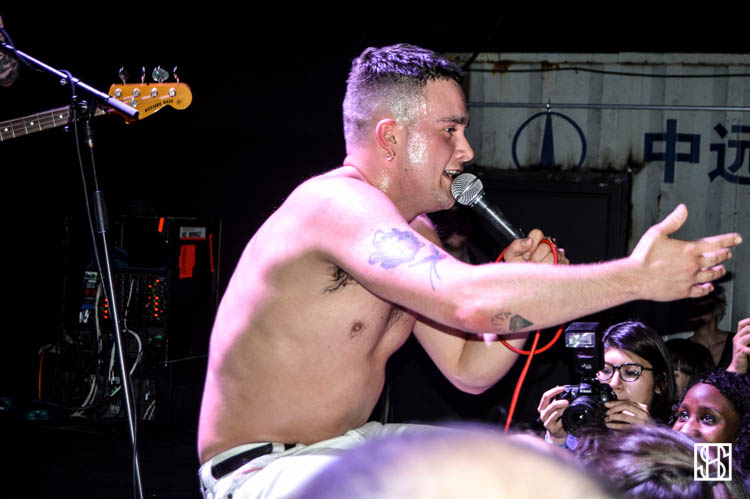 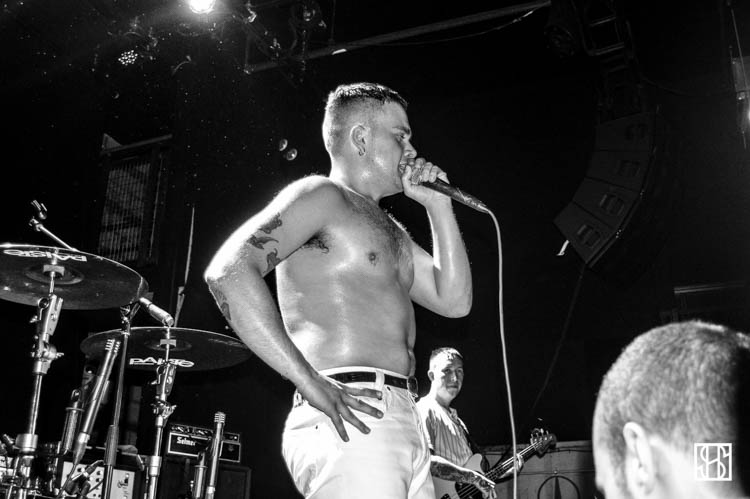