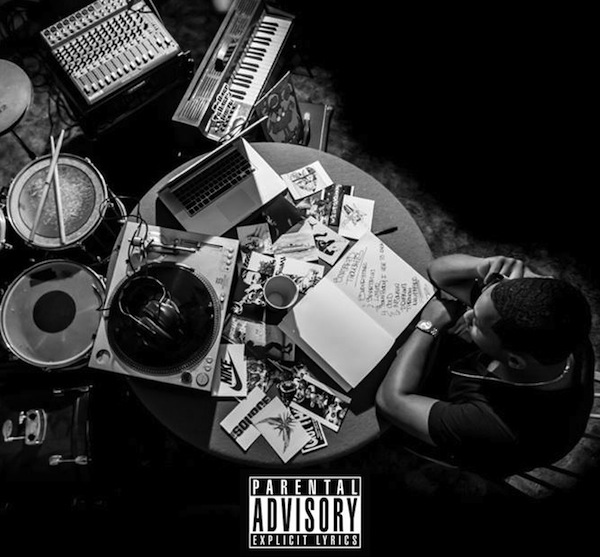 We’ve been following Staten Island native, Tyrone Briggs for some time now and he’s continued to impress us with his hungry-for-more raps. After strong singles like ‘Spartacus’ and ‘Cold’ the rest of the project continues on the same momentum.

Scattered Thoughts is the world’s first formal introduction into the mind of Tyrone Briggs. He has a lot to say and is determined to be heard. This EP is two years in the making and contains some of his most personal thoughts. Be prepared for some real story-telling that sometimes evades the current rap scene. His appreciation for rap as a craft is evident and you can tell this isn’t his first time in the booth, seasoned from his days are part of a hip-hop duo, Briggs bring to life some of his major 90’s and 80’s inspirations.

For the album artwork, Briggs got together with photographer Matty Jacob, whose sole focus was to capture the essence of all Tyrone’s thoughts coming together to form his rhymes. With production on the project from the likes of  Sean Nathaniel, Benjamin Cunningham, Mike Cash and Mr. O! you can be sure that there’s something for every rap lover. Stream and download ‘Scattered Thoughts’ below and scroll down to see what XXL, RESPECT Magazine and The Urban Daily thought.

“Up-and-coming rapper Tyrone Briggs is bringing back a diversity in rap music that hasn’t been heard in a while.” – The Urban Daily

“Tyrone Briggs, an underground spitter who’s got what it takes to put the borough on the map again” – XXL

“Regardless of if you heard of Tyrone Briggs before, he’s clearly a force to be reckoned with. Rappers take notice.” – RESPECT Magazine