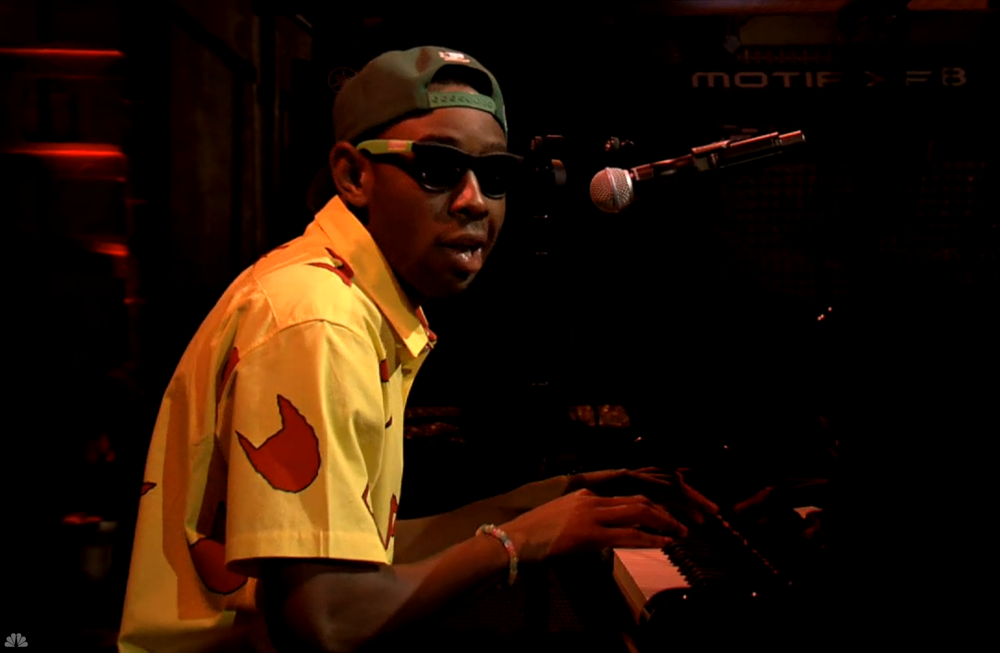 Back in February 16 2011 Odd Future leader Tyler, the Creator made the first television appearance from his crew on “Late Night with Jimmy Fallon” so it makes sense that he would return to start his newest promo-run. On Tuesday night, Tyler sat at a piano performing his track “TreeHome” with Coco of Quadron before kicking it up a notch and performing his single “Domo23” with Jasper and Taco. The set was animated and incredibly musical as the Roots backed up Tylers aggressive form of rap.

His new album Wolf is set to drop April 2 with the tour starting on March 12.