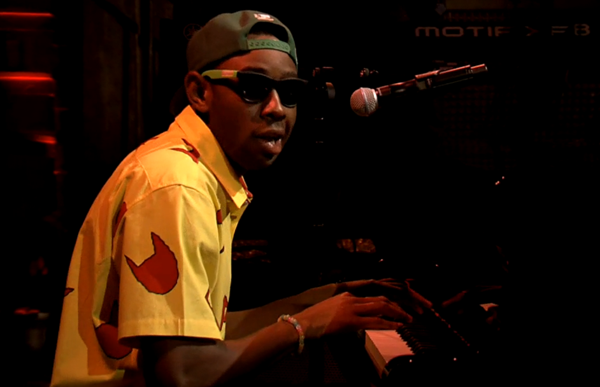 Tyler, The Creator has released a new track, “Garbage,” that will appear on the upcoming Grand Theft Auto V video game. The Odd Future leader raps over eerie synths and gunshots,  about a drug dealer-turned-killer. This track was his attempt at “old Fam-Lay Clipse trashcan sounding sh*t.” It’s worked. Listen below.

GTA V is out September 17 and will include tracks from Dr. Dre, Snoop Dogg, 2Pac, Kendrick Lamar and OutKast on the videos hip-hop radio station.

IDK I WAS BEING CREATIVE ONE NIGHT. I WANTED TO MAKE A BEAT THAT REMINDED ME OF DRUG DEALING OLD FAMLAY CLIPSE TRASHCAN SOUNDING SHIT SO YUH