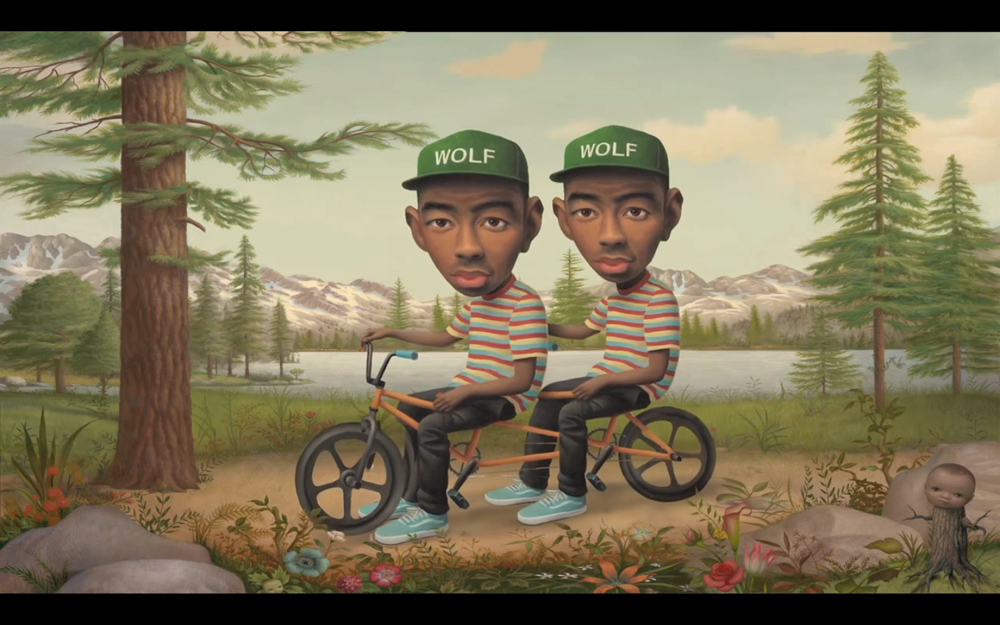 Tyler, the Creator has teamed up with artist Mark Ryden, who designed the artwork for Tyler’s Wolf and Michael Jackson’s Dangerous, for a unique cover of the 1892 song “Daisy Bell (Bicycle Built for Two)”. The track is for Mark Ryden’s concept album The Gay Nineties Old Tyme Music: Daisy Bell, which also features covers of song by artists like Katy Perry and “Weird Al” Yankovic.  The album was released in conjunction with Ryden’s art exhibition “The Gay Nineties West,” which opened at the Kohn Gallery in Los Angeles, on May 3, 2014. All profits from this record are being donated to “Little Kids Rock,” a nonprofit that revitalizes music education in disadvantaged schools.

Watch the somewhat creepy video below.