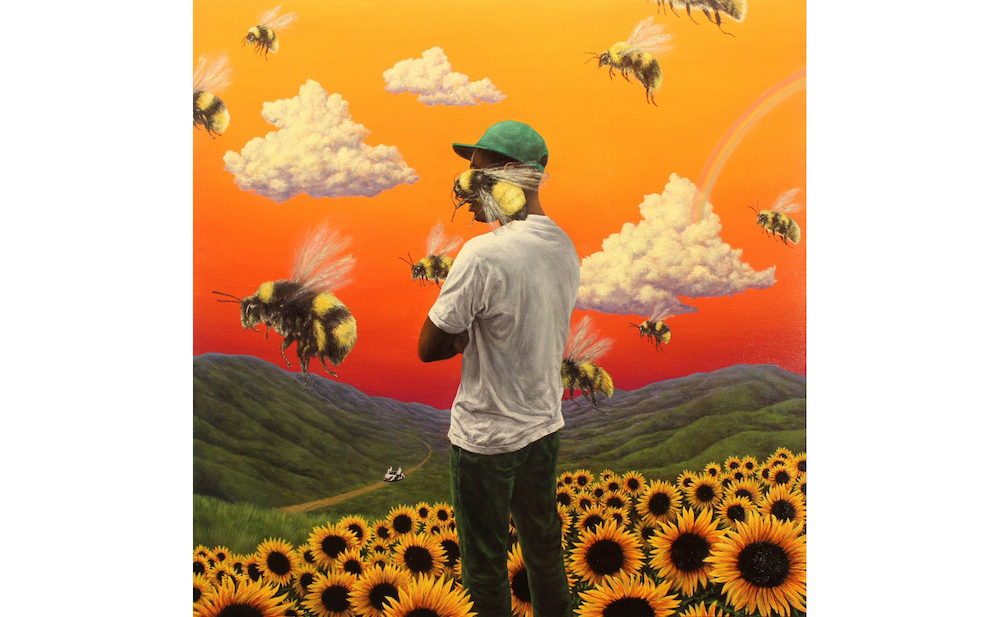 Tyler took to social media to reveal the Eric White-designed cover art, the tracklisting and the project’s official release date: July 21. The album will feature two sides, each boasting seven tracks for a total of 14.

Listen to “Who Dat Boy?” and “911/Mr. Lonely” and look out for Scum Fuck Flower Boy later this month.