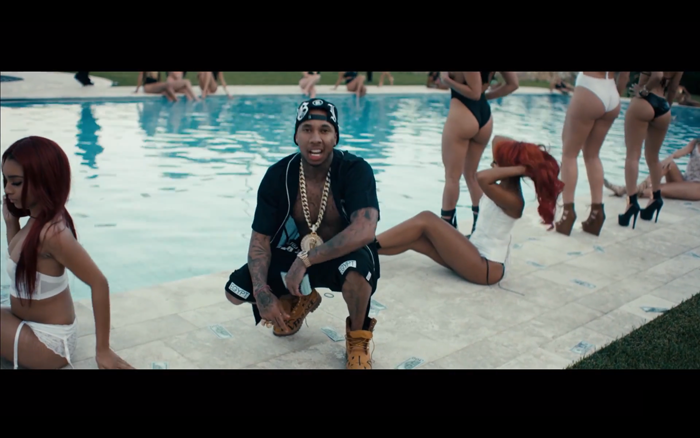 Tyga drops the dark and somewhat ominous video for his Kanye West and Mike Dean-produced “40 Mill” off his upcoming, much-delayed The Gold Album: 18th Dynasty. The video was directed by T-Raww himself and has him living the high-life in his Mansion with bikini-clad babes, driving around in luxury cars and even performing an impromptu performance on atop of his Last Kings store on Melrose. The flashy video ends with the message “Fame is the devil” flashing across the screen. Tyga’s getting self-reflective here.

If you like “40 Mill” and want more, tough luck, because The Gold Album was due to drop January 27 but has been held help due to and because of his contractual issues with YMCMB.