Twin Shadow “The One” Acoustic Video 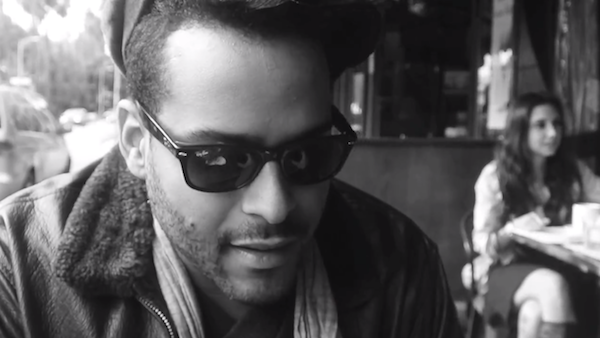 Twin Shadow has released moody, intimate video for the single off his stellar sophomore release Confess, for a acoustic version of “The One” which he performed on KCRW’s “Morning Becomes Eclectic” back in the fall.

The video is made by George Lewis Jr. himself, and features an assortment of images from his life. George had this to say about his thoughts behind the song and video:

“While out on our Ton Up Tour a fan approached me with a heavy observation and question about the song ‘The One.’ He said, ‘George I am confused by the lyrics in your songs on Confess, particularly on the song ‘The One,’ you seem torn between honoring someone who cares about you and someone you can’t have, the whole record seems like this, don’t you think it’s confusing… To which i replied ‘Yes its very f****** confusing isn’t it.’ As I thought about it weeks after and while making this video I realized again what Confess meant for me. It was a chance to be totally honest, and say that nothing is perfect, but faith in someone who gives themselves to you is very real and very beautiful; That all this bizarre love we have has to go someplace, and it can be as simple as pushing it against a person who is constant.

I thought about how a lot of my songs often get lumped into being just about a girl, (which may be so in this song) but what about the other constants in my life? My old friends in New York and my new friends in LA, they are “the ones” as well… I throw my love to them. I hope you do the same with the people you find close.”