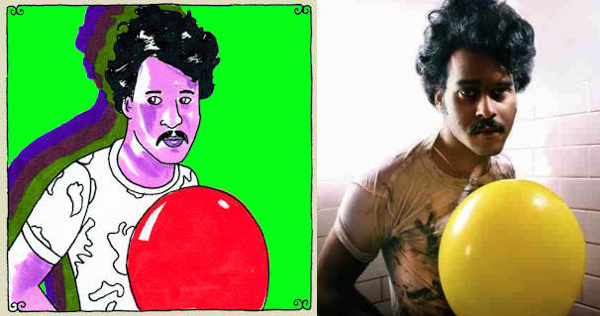 Looks like Daytrotter‘s mind has been sufficiently blown by Twin Shadow much like ours was last year. The ambitious Brooklynites sat down in The Horseshack studio to record four tracks and an analog heavy intro during the recent session. It’s an apt and well timed reminder to check them out if you haven’t already been obsessing. If you aren’t already planning to check them out in Toronto next week, you should really consider grabbing a ticket while you still can or at the very least buying the debut album Forget.

Not only are they hilarious on stage, but they play their 80’s dance tunes with such conviction that it’s hard not to fixate on how rad they really are. You can listen to “Shooting Holes”, “I Can’t Wait”, “Slow” and “Castles in the Snow” recorded live on Daytrotter and even download them for free here!

Also, be sure to enter our Twin Shadow Contest for a chance to win one of two pairs of tickets or a free album!