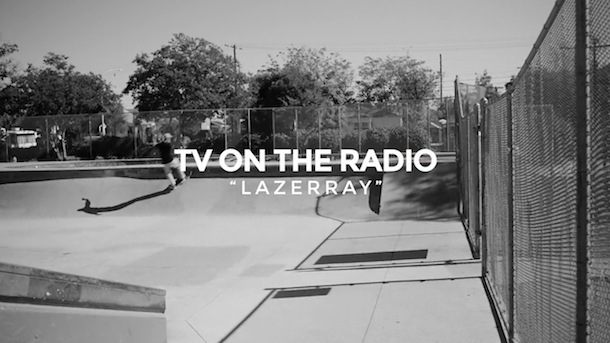 TV On The Radio have had a great year so far. Teasing their fans with a campaign leading up to their fifth studio album Seeds, with a few live performances in North America, and later a video for “Happy Idiot” featuring none other than Pee-wee herman. Now that the album is out they have released another video for “Lazerray” directed by photographer Atiba Jefferson, which follows a number of famous pro skaters including Eric Koston, Lance Mountain, Sean Malto, and Andrew Reynolds.

Watch the video below and pick up Seeds, out now on Harvest Records, and catch them on tour next year with Shabazz Palaces.