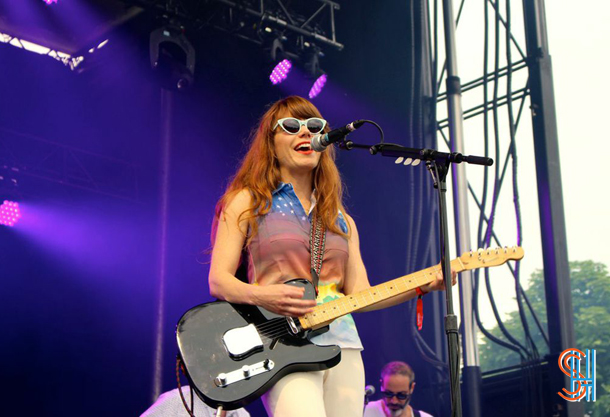 Jenny Lewis captured our hearts as the indie darling who fronted Rilo Kiley through the late ‘90s and early 2000s. After breaking off from the band, Lewis launched herself into a successful solo path, producing two critically acclaimed albums Rabbit Fur Coat and Acid Tongue. After a long wait of six years, Lewis has a new album coming out soon titled The Voyager, which the crowd at the last day of TURF was lucky enough to hear a few songs off the record in advance.

Taking over the long afternoon slot, Lewis opened the show with the first single from her upcoming album ‘Just One of the Guys’, a country rock tune that sounds simultaneously sunny and heartbroken. Lewis sat down behind the keyboards afterwards to bust out the first Rilo Kiley classic of the set, ‘Silver lining’. Other songs that brought out gasps and nostalgia in the crowd were ‘Close Call’, ‘The Next Messiah’ and ‘Moneymaker’. Lewis created a perfect balance between pleasing the fans with her old solo and Rilo Kiley material and introducing them to new songs. All of them seemed to take on a more energetic and happier sound when played live as Lewis’s voice had more of an edge and sounded less-sugar coated as it did on the albums. 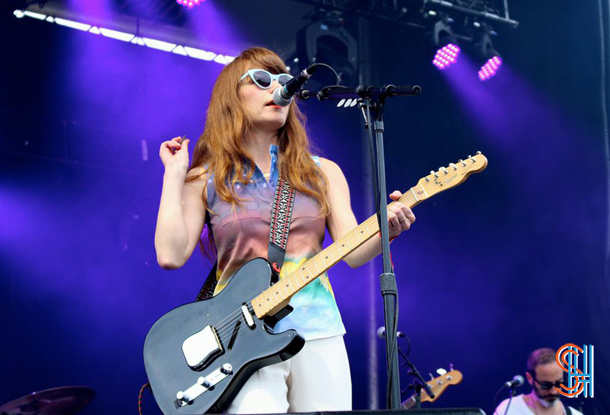 The singer’s performance was magnetic, unsurprisingly for someone who spent most of her life in the spotlight, as she worked the stage and still managed to engage with the audience while wearing pair of cat-eyed frames. The highlight of the set was definitely when the band gathered behind Lewis and her acoustic guitar as her “travelling choir’ to perform a stripped down version of the beautifully constructed ‘A Better Son/Daughter’, which told a story about anxiety and depression Singing in a near whisper voice, Jenny Lewis started the song softly with a few intermissions with harmonies by her backing band before transitioning to a clamorous ending. It’s safe to say that the singer received more than ecstatic response from the crowd and proved why she has been one of the most well respected performers of her generation during her long afternoon set on the last day of TURF.