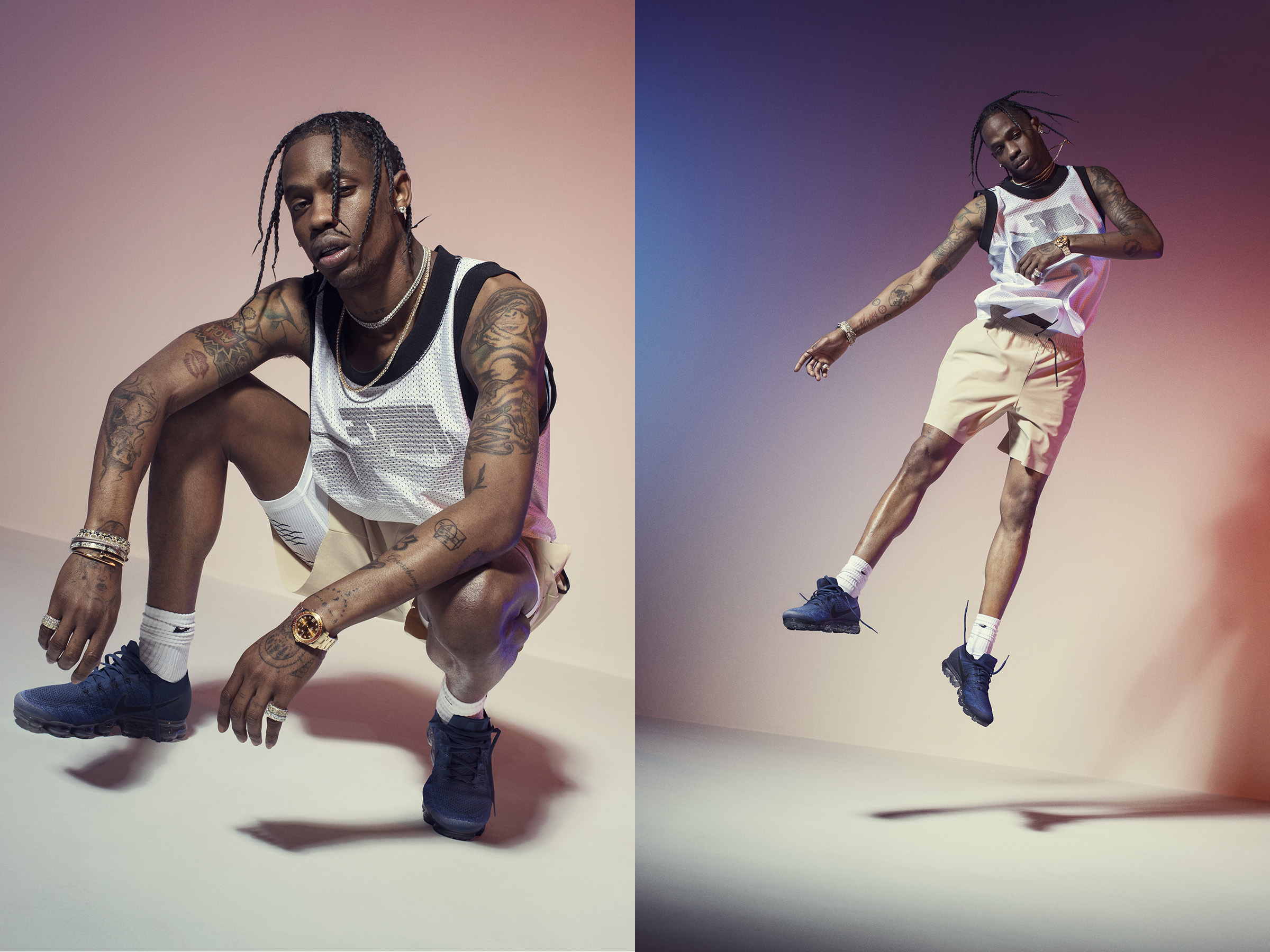 Just days after announcing the “Day to Night” pack of Vapormax and matching Sport Bands for the Apple Watch, Nike has released the official imagery for the campaign featuring none other than Travis Scott.

La Flame and Nike have become pretty close friends lately, with Scott performing at the New York City Sneakeasy Air Max Day celebration (wearing the limited edition Marc Newson NikeLab version of the Vapormax at that). Scott told Highsnobiety in a recent interview that he feels like he’s “flying” when he wears the futuristic shoe while performing.

Remember, the “Day to Night” features three new colourways of the shoe and will be available for purchase on June 1. 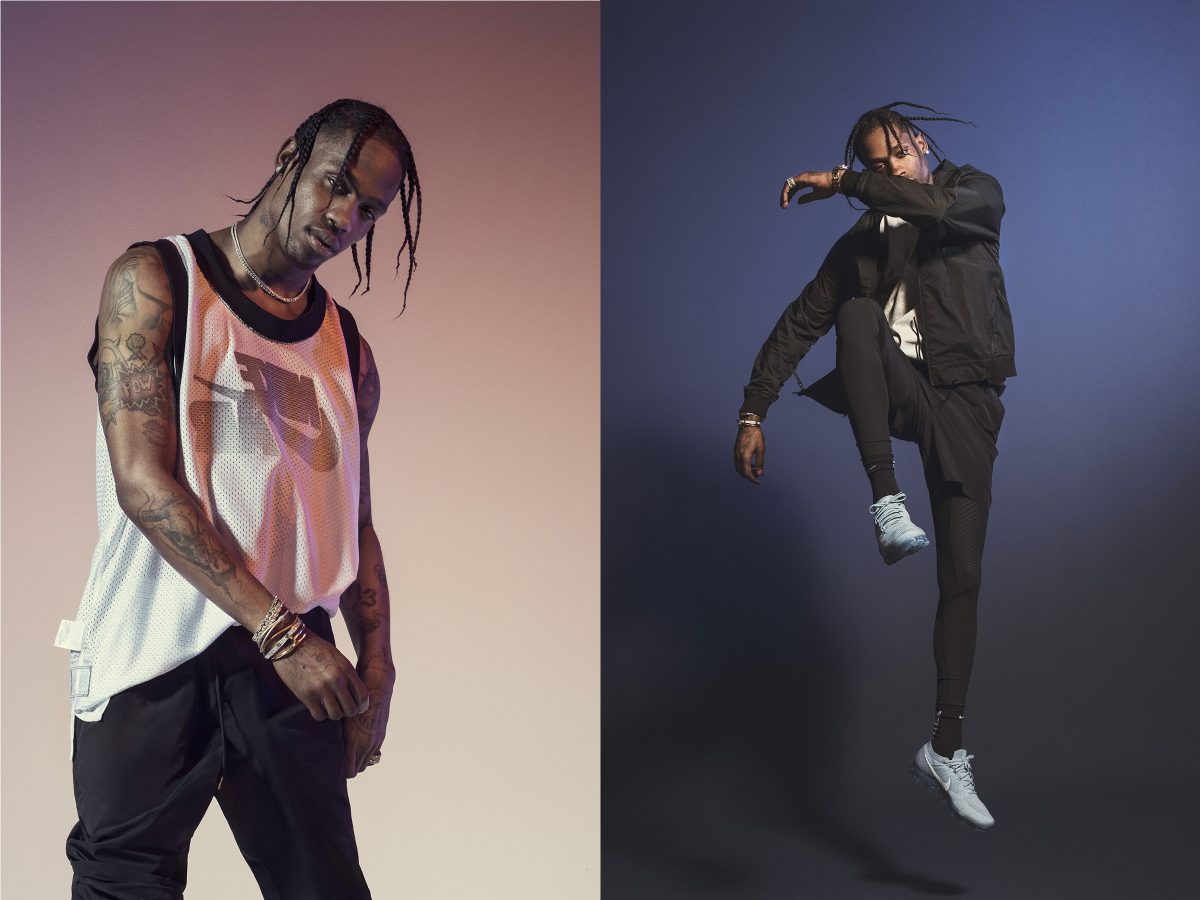