Now that we can no longer gather in large groups and dance along to our favourite band’s live in concert, thanks Covid-19, we need to figure out new forms of performance and entertainment. Well, on Thursday, April 23, 2020, at 7 pm EST rapper and culture leader Travis Scott teamed up with Epic, the makers of Fortnite, to do just that with a virtual concert. Called the “Astronomical,” the digital experience took place inside the videogame Fortnite. During his 15-minute digital set, the Houston rapper “performed” several of his well-known singles, but he also dropped a brand new track titled “The Scotts” featuring Kid Cudi.

This type of virtual event isn’t new for Fortnite. Last year the videogame hosted another virtual concert performed by superstar DJ Marshmello, however not to the same scale as the Astronomical. Epic had been setting the stage for the concert for over a week, giving fans hints of what was to come. On Monday Scott shared an image of what his in-game skin would look like before Epic added the Travis Scott skin and the Astronomical Bundle to the Fortnite Item shop on Thursday. Players could buy skins of the rapper, that looks pretty dead-on, even down to his signature Nike Jordan sneakers. What a marketing coup!

Worried you missed all the fun? Don’t stress, as Travis Scott’s Astronomical concert is going on tour. 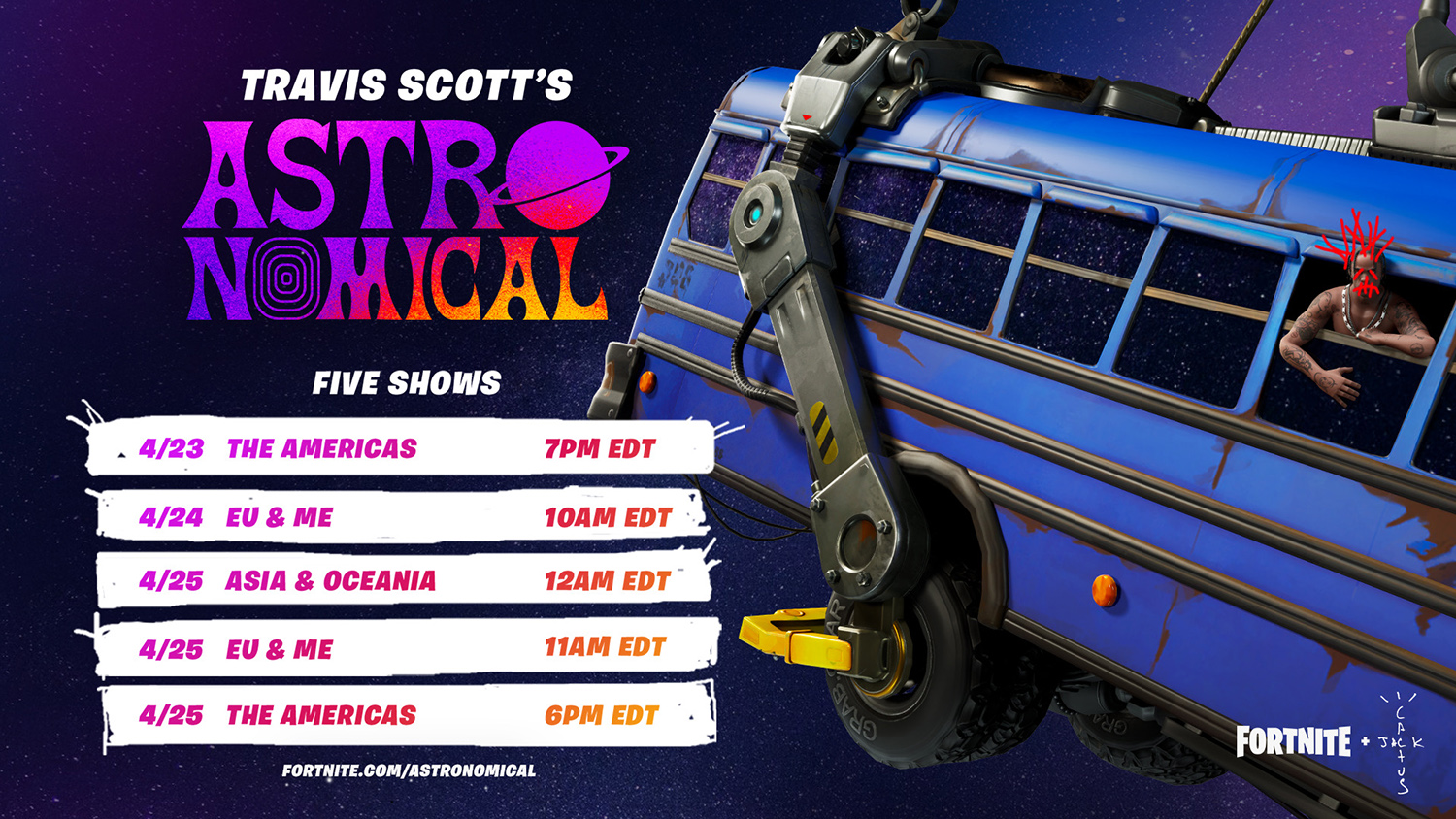 La Flame will be performing a series of virtual music experiences to his fans around the world over the next 5 days. Including the EU and the Middle East on Friday (April 24) at 10 a.m. ET.  Asia and Oceania on Saturday (April 25) at 12 a.m. ET.  The EU and ME will get another show on Saturday at 11 a.m. ET. The final show for the Americas will take place on Saturday at 6 p.m. ET. 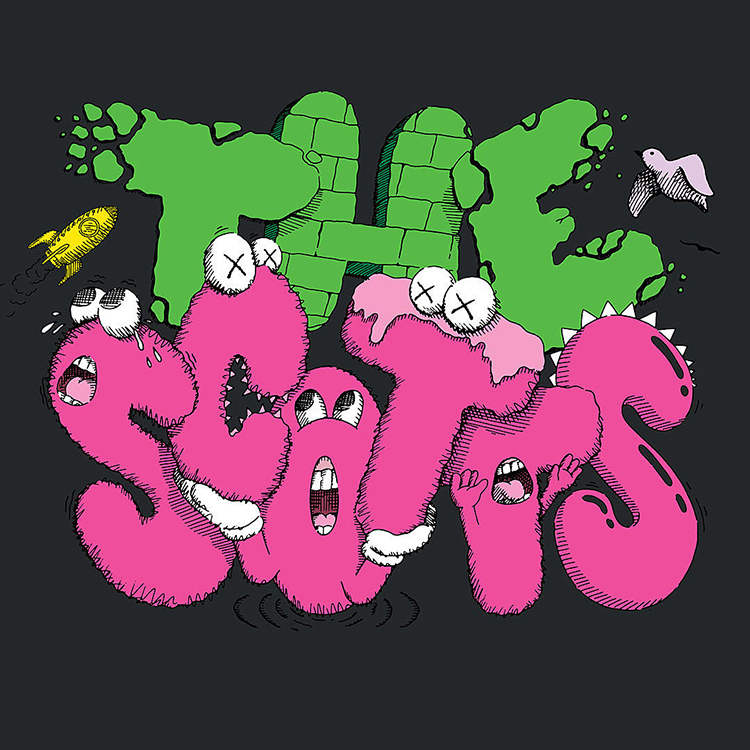 The surprises don’t end there! Oh no, Travis went for broke. The artwork for The Scoots was made by nonother than Brooklyn artist KAWS who shared the art saying “New project made while staying home!” Nice.

Be sure to catch one of the many virtual Travis shows over the next couple of days and listen to The Scotts below now!