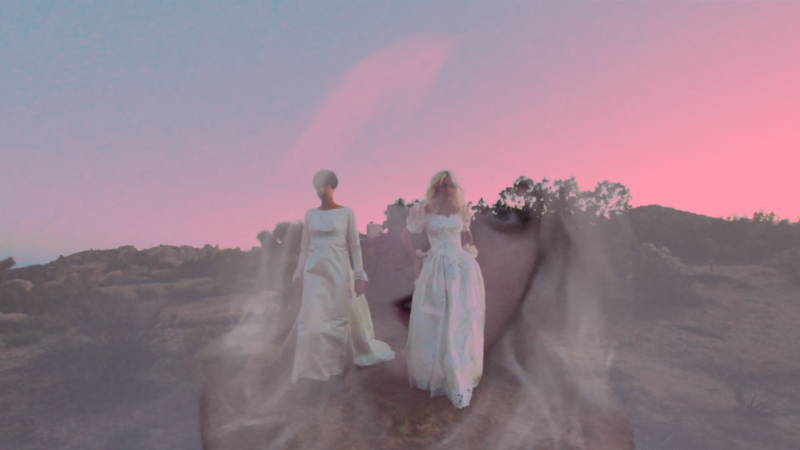 Toronto-based band Peeling, of the beloved Buzz Records family, dropped their new EP 7 Years of Blood this past Friday and are back for more today with the release of their blood-spattered, desert-set video for the EP’s “Wandering Womb.”

“‘Wandering Womb’ is a song kind of about ‘difficult women’. This song… the history sort of goes back a little bit. In Liberty Village—kind of right near the VICE office, and really close to my house in Parkdale—there used to be a woman’s reformatory center right where the soccer park is now in the 1800s. It was a reformatory for unruly women. They could get sent there for being unwed mothers or not having the right manners and undergo all of these crazy shock therapies. They tried to reform them into proper Victorian women. I kind of got into a wormhole with that. They gave you this diagnosis called “wandering womb,” which is kind of like hysteria. [That diagnosis] goes back to Ancient Greece. They thought the womb was an animal inside an animal so that a woman’s womb had a mind of its own. If it was off-kilter, then it would make the woman do all of these crazy things. So that’s where the inspiration for where the song came from.”

Peeling are set to embark on a slew of tour dates in support of 7 Years of Blood, kicking things off tomorrow at Richmond, VA’s Strange Matter alongside Richard Lloyd of Television. The stint of shows will also see Peeling playing alongside Muuy Biien and opening for Thee Oh Sees with a hometown show at Toronto’s Danforth Music Hall. See below for full show details and watch the “Wandering Womb” video above.