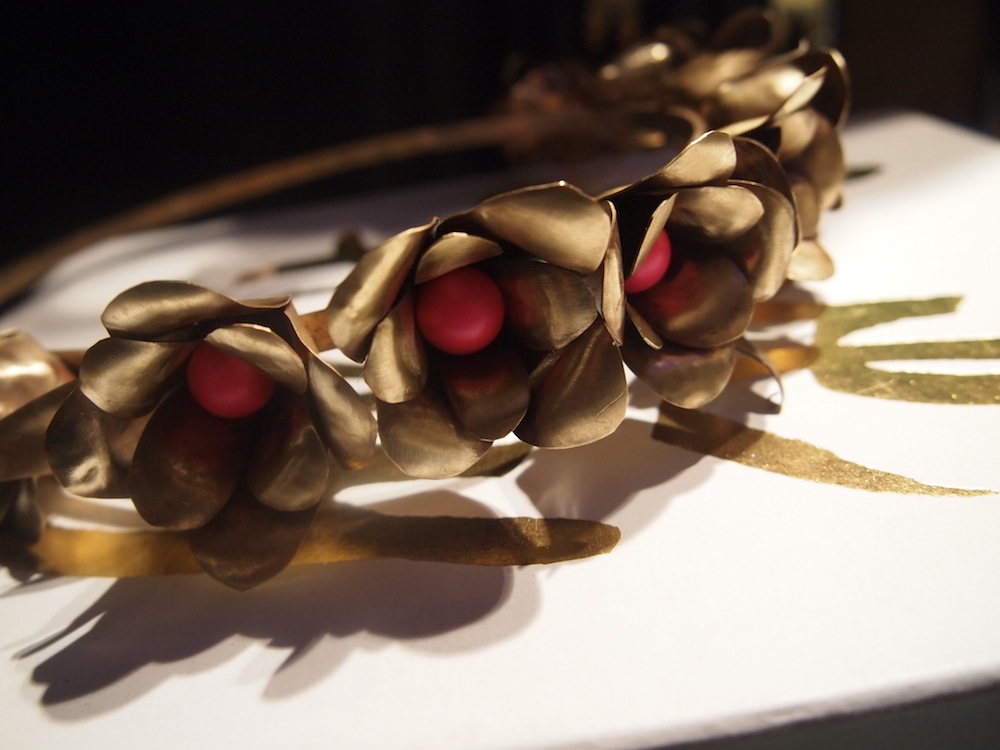 We had the pleasure of being some of the first to see local jewelry designer Niki & Lola debut some super secret pieces created specially for VAWK’s spring summer 2013 runway collection on Friday on the final night of Toronto Fashion Week. After VAWK made a splash channelling Madonna and Frida Kahlo on the runway, we were invited backstage to see the pieces up close and personal.

Designers Angie Tingas and Michael Proteau were on site for the debut and the emotions were flowing, no doubt after working until the wee hours, putting the final touches on the pieces. Playing off VAWK’s strong female inspirations, the most complex of the three, and one of the highlight of the VAWK’s runway show, was the brass cone gold bra, with elegant tiered chain back, adjoining with a white rectangular enamel charm on both sides. Also featured was a rather angelic crown, simply twisted around the top and heavily accented by a giant hammered brass bow, with long perfectly imperfect tails.

Our personal favourite of the three was the floral crown with red bead accents acting as stamens on each bloom. Surprisingly light for amount of detail on each florets, the crown perfectly accented the graphic one piece bathing suit and red blazer with which it was shown on VAWK’s runway, and is begging to grace some lucky hipster’s head at Coachella next spring.

Take a look at some of our photos as well as the live runway video below. 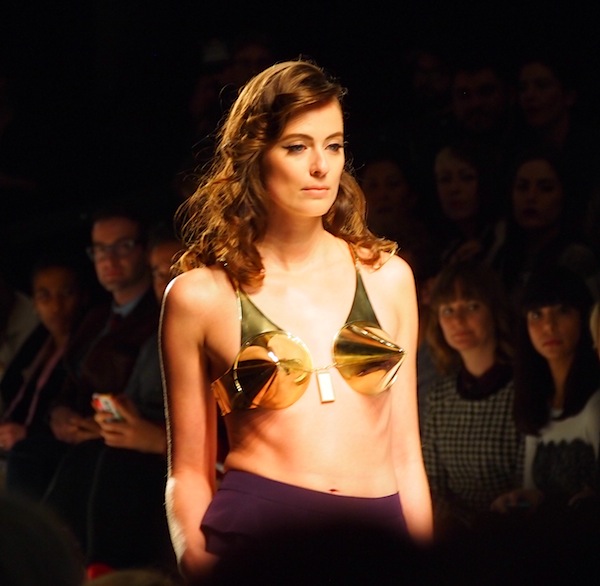 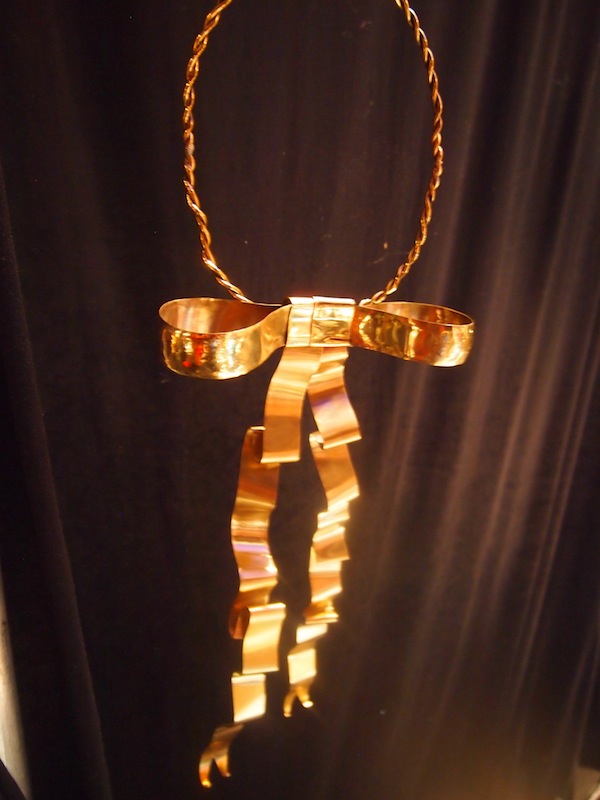 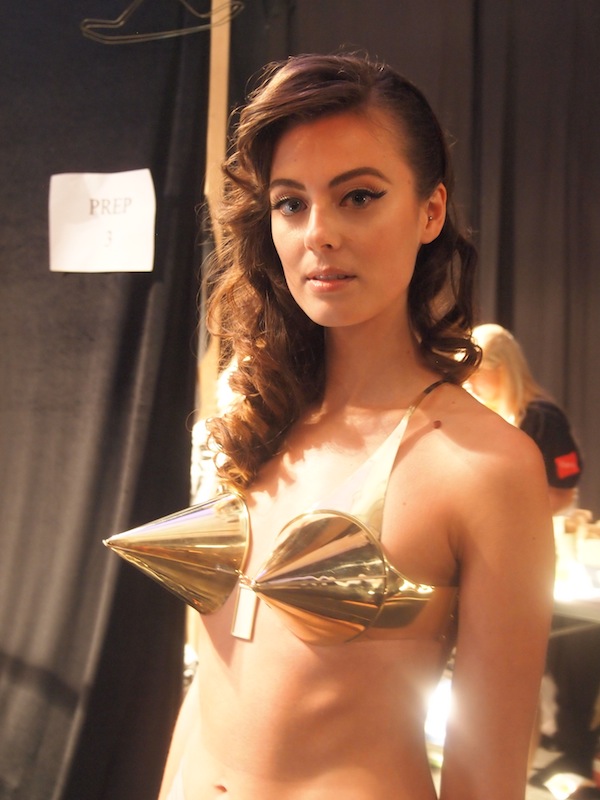 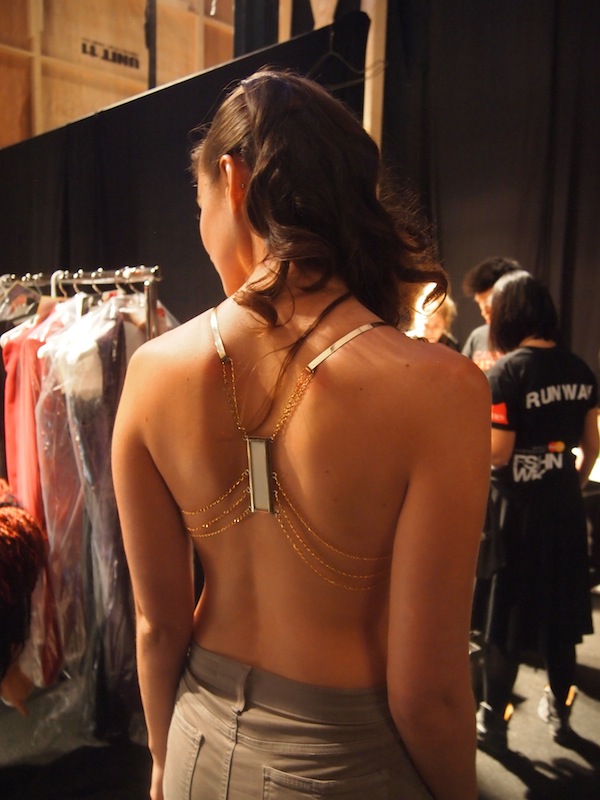 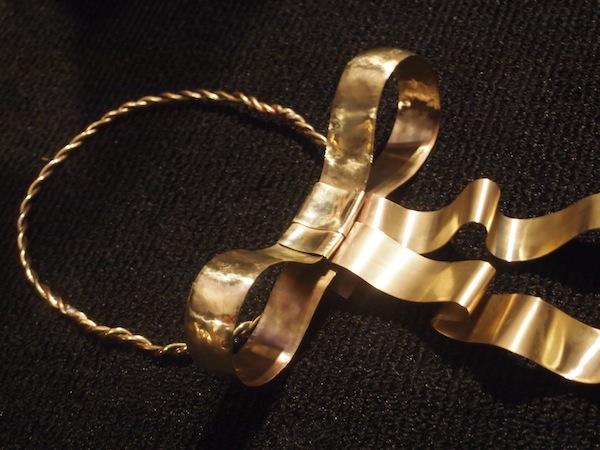 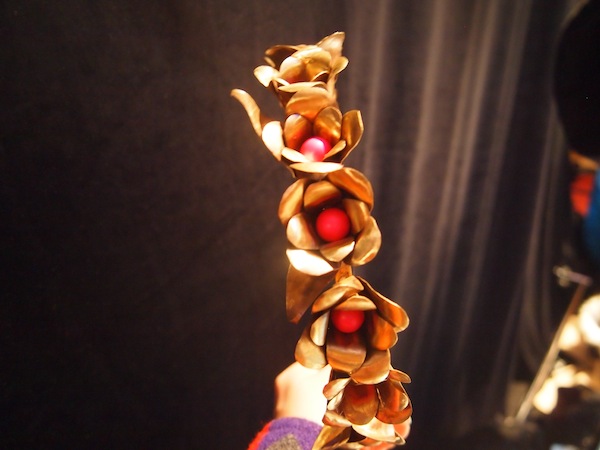 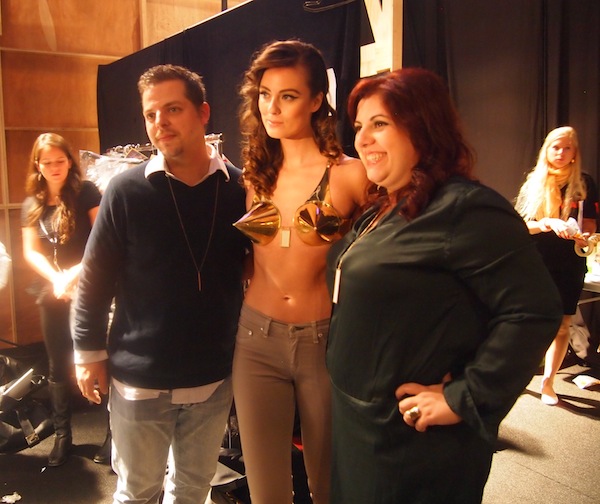