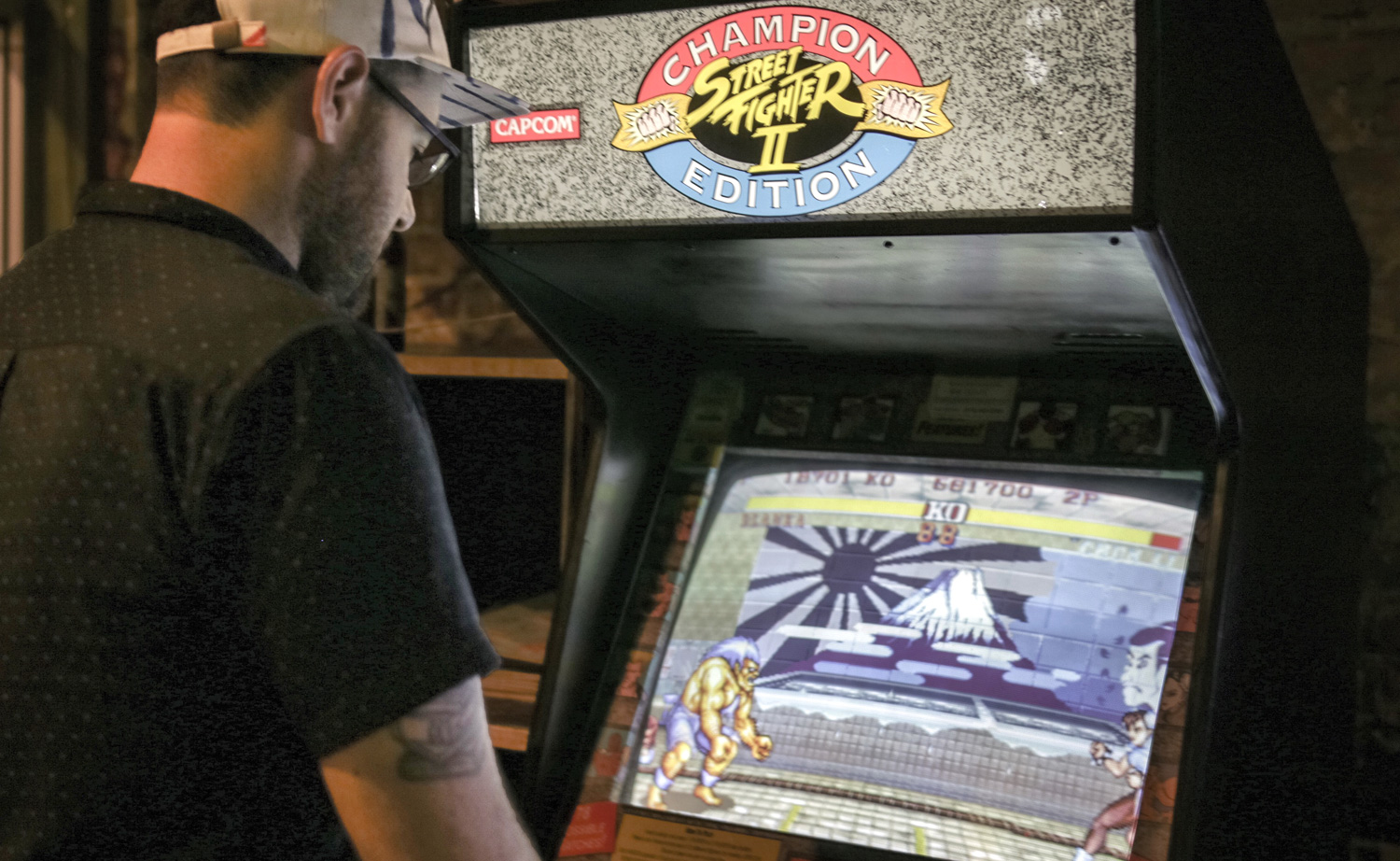 We’ve now hit November which is THE month for video game releases, so it seemed like the perfect time to put together a list of our top ten upcoming games. So in no particular order (because that would have been damn near impossible) here we go!

Platforms: PS4, XBOX One, and PC

Watch Dogs 2 is the successor to the 2014 open world action-adventure game Watch Dogs. After a less-than-stellar reception from audiences, Watch Dogs 2 is Ubisoft’s attempt at mending relationships with gamers. Staying true to the original, Watch Dogs 2 is an open world action-adventure game where you can freely explore the San Francisco Bay Area, hacking anything and everything along the way. You take the role of Marcus Holloway, a hacker working with DedSec to give back to the people through any means necessary. Complete missions through hacking and stealth, or Rambo your way through with your hacking skills and sweet weapons.

Platforms: PS4, XBOX One, and PC

In a year of sequels, we see the return of the supernatural assassin Corvo Attano in Dishonored 2. In the next chapter to the award-winning original title; Dishonored, Arkane Studios gives you the option to play as Empress Emily Kaldwin or reprise your role as her Royal Protector Corvo Attano. Both characters allow you to choose between a stealthy or killer approach, of course with the option to blend the two together for a killer-stealthy approach. In Dishonored 2 the story actually changes depending on your choices, leading to different outcomes along the way.

Platforms: PS4 and XBOX One

The game that’s been in development for a decade is finally set to release this month. Although it’s somewhat unfair to say it’s been in development for that long, considering the team had to scrap all work they had done after the big console change from last-gen to current-gen. However, fans have been waiting 10 years for this release, and let me just say the hype is real. Final Fantasy XV is yet another open world game, this time in the action role-playing genre. For this game, you follow Noctis Lucis Caelum as he travels with his friends; Ignis Scientia, Gladiolus Amicitia, and Prompto Argentum, as they find a way to protect their kingdom and their people. Gameplay is a bit different from typical Final Fantasy titles, with more of an action oriented style than the classic turn-based one.

The upcoming God of War title is the successor to the previous three titles, and follows protagonist Kratos as he “teaches his son to be a God, while his son teaches him to be more human.” Much like its predecessors, it is a third-person action-adventure game in the hack-and-slash style, where you fight enemies that tower over you for a feeling of panic when they first show up to accomplishment when you finally fell them. Not much is known about this game, with the first announcement coming at this years E3. So make sure to stay tuned for updates as they come out.

The Last Guardian, yet another game that has been through what they call “development hell.” First announced in 2007, and then shown for the first time at E3 in 2009, The Last Guardian FINALLY has a slated release for December 6th, 2016. Much like Final Fantasy XV, it suffers from having to make the change from a PS3 engine to a PS4 engine, which accounts for a majority of the wait. The Last Guardian is a spiritual successor to Shadow of the Colossus and Ico, and follows a young boy who befriends a giant creature. The gameplay is unique as you control the young boy, occasionally giving orders to the creature as he helps you throughout the world.

Persona 5 is a role-playing/social simulation game, where you follow the protagonist throughout the school year. During the day you attend Shujin High School, and at night you team up with your friends to become masked vigilantes known as the “Phantom Thieves of Hearts.” Staying true to previous Persona games, Persona 5 characters awaken their powers by confronting their inner demons, using those powers to battle supernatural demons and helping those around them. The gameplay revolves around exploration alongside social simulation, as well as role-playing and turn-based fights.

Horizon Zero Dawn is an exciting new IP from Guerrilla Games which follows Aloy, a young woman who inhabits a world where robotic creatures are the top of the food chain and people must hunt them for resources to survive. Labeled an open world action role-playing game, players can utilize stealth alongside melee and ranged weapons to complete their objectives. Players can also explore the lands with a dynamic day-night cycle and weather system so things are constantly changing around you.

South Park: The Fractured But Whole

South Park: The Fractured But Whole is the highly anticipated sequel to the 2014 hit The Stick of Truth. The Fractured But Whole takes place the day after the events of The Stick of Truth, with the boys playing an entirely new game: Superheros. Players will be able to choose from twelve different classes, and will be able to choose between two factions: Coon and Friends or the Freedom Pals. The game chronicles the civil war between the two factions, and The New Kid’s part in it. The Fractured But Whole plays similar to the previous title, with turned-based action. However, there are updates to skills and how the game plays as a whole (pun intended).

Mass Effect: Andromeda is the successor to the wildly popular Mass Effect Trilogy, and follows its lead of action role-playing third-person shooter. Taking place long after the events of the trilogy, Mass Effect: Andromeda follows the protagonist as they are tasked with discovering new planets for humans to colonize. Players can choose to follow one of the Ryder siblings, either male or female, with the sibling who wasn’t chosen still featuring throughout the game. Very little has been confirmed about the game outside of what has been seen in trailers. However, it is similar to its predecessors, with a heavy emphasis on choices, dialogue and storyline. Andromeda also sees the return of the Mako, a customizable vehicle that players will use to explore various planets. And of course, players will command their very own spaceship known as the Tempest.

Legend of Zelda: Breath of the Wild

Legend of Zelda: Breath of the Wild brings back an aspect to the beloved series that isn’t seen in many of its iterations, and that is the concept of an open world environment. This means that you will be able to advance through the games numerous dungeons in any order that you choose, leaving the games direction entirely up to the player. Taking us back to the original title, you’ll be thrown into the game with little-to-no instruction, with the added bonus of being able to explore as much as you like wherever you’d like. As per typical Zelda game, players will control Link, and through him they will jump, climb and bash their way across the map looking for a way to stop Ganon. Breath of the Wild will be compatible with multiple different Amiibo figurines that will alter gameplay in various ways.

Keep an eye out for these games and many more being released in the coming months!