Some of this year’s most sought after sneakers have been linked to high-profile rap artists who have made their mark on the world of streetwear through innovative designs and unique campaigns that pay homage to their roots. From introducing elements of one’s personal style to new interpretations of some of history’s most iconic streetwear models, we look at some of 2017’s top sneaker collaborations within the music industry. 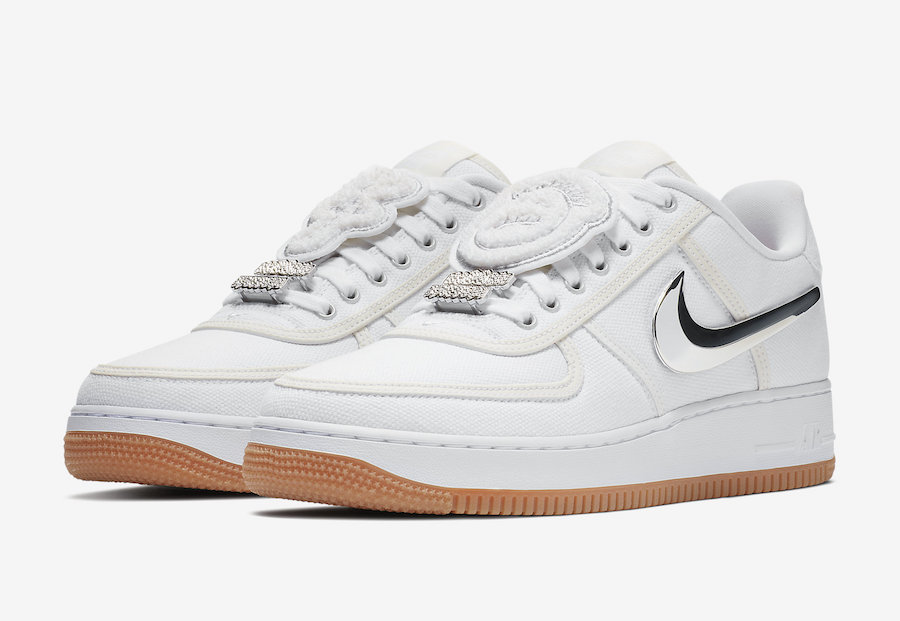 Initially launched in 1982, Nike’s Air Force 1 continues to shine as a classic staple for even the most amateur sneaker head. In celebration of 35 years, Nike is highlighting the crisp white-white model by releasing the AF100 Pack alongside Roc-a-Fella, ACRONYM, Just Doc and OFF WHITE.

In an ode to customization, Travis Scott teamed up with Nike to bring his own unique interpretation of the Air Force 1 Low. The shoe features a selection of Velcro swooshes that can be interchanged between a metal-like reflective, colorful and flame vinyl. Complete with a Cactus Jack patch and La Flame embellishments, the sneaker released exclusively through SNRKS locations and select retailers on December 3. $150.00. 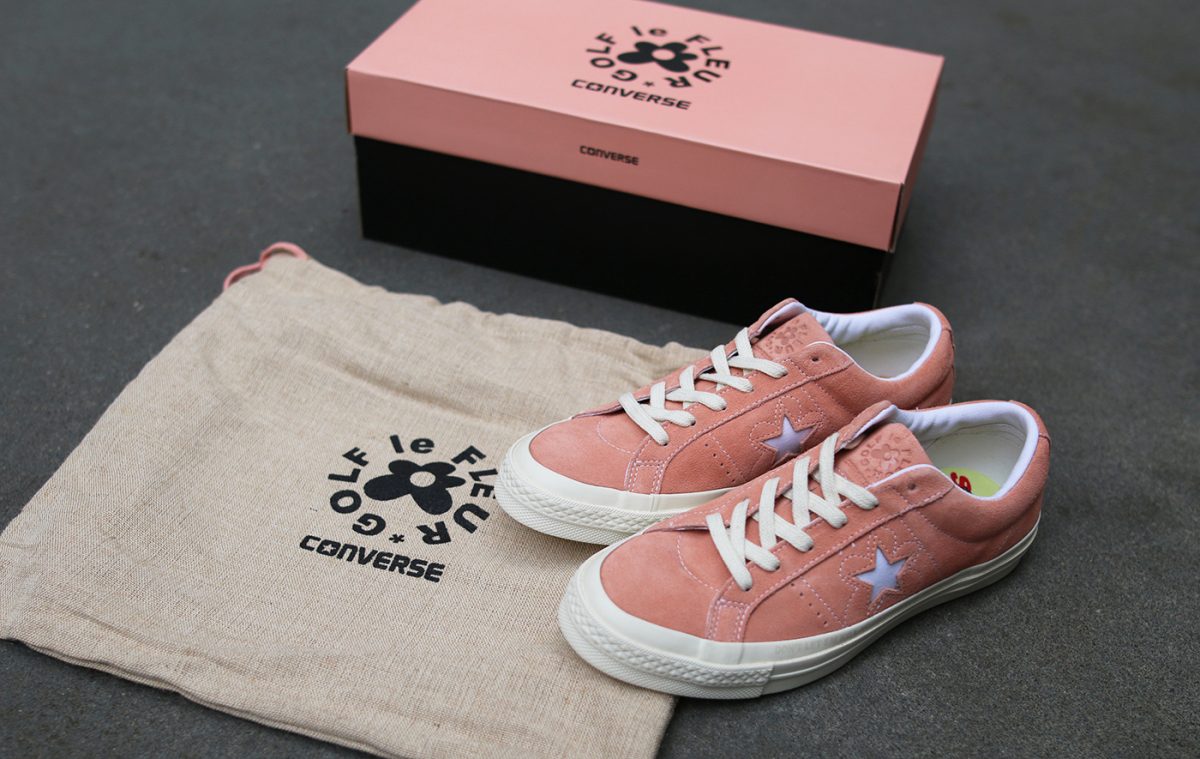 Tyler the Creator’s creative brand GOLF joined forces with Converse this year to introduce a series of colorways on a concept that first debuted during a 2016 Golf Wang fashion show. Released to the public under the name GOLF le FLEUR, the iconic Converse One Star features playful elements that stem from florals to simple details that celebrate the spirit of Southern California. Throughout the past year, two different sets have released which makes 7 original sneakers for the rapper turned designer turned VICELAND TV personality. $100 at select retailers and golfwang.com 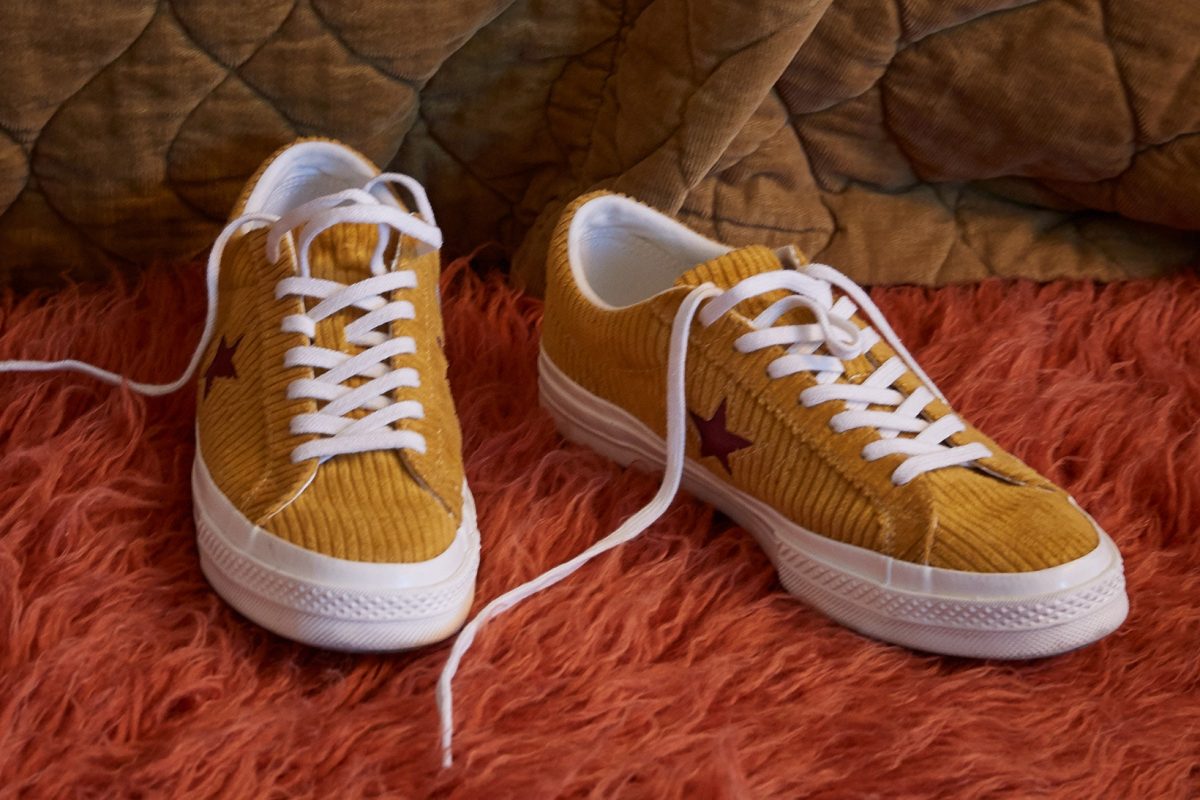 Launched exclusively at Foot Locker Times Square, New York, A$AP Nast’s sneaker collaboration with Converse is said to have sold out in less than 10 minutes. The limited release was imagined through Nast’s personal love for mid-century modern furniture and recreated through the use of corduroy and plaid on two of the brand’s most iconic silhouettes: the One Star Chuck Taylor All Star 70 and One Star. In a video campaign that offers a flashback reminiscent of hanging out at your great aunt’s house, the A$AP mob front man provides a glimpse into the era that we all wish we could go back to. Released in New York City (September) and re-released online November 27th, $110. 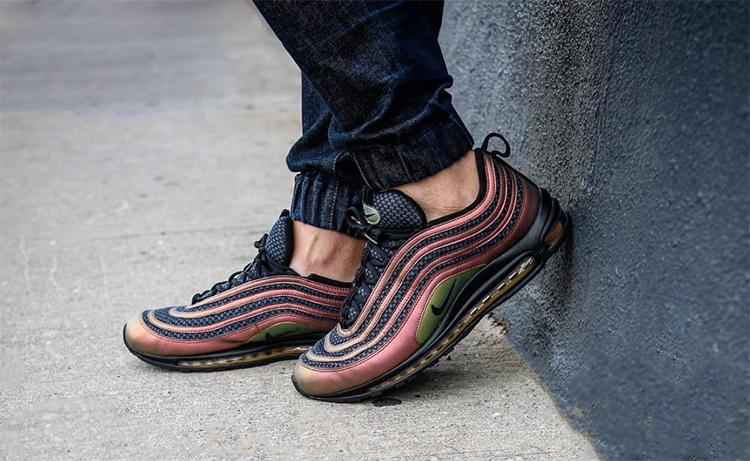 The Skepta Air Max 97 SK is the second collaboration between Nike and the King of Grime in the last five years. Following the release of Drake’s More Life in March, Skepta’s growing popularity in the Americas made the release one of the most sought after and difficult to get your hands on overseas. Inspired by the contrast between the dark and vibrant aspects of the Moroccan city of Marrakech, the purple and red hues combine with gold accents to offer an authentic North-African feel. Released in September 2017, £140. 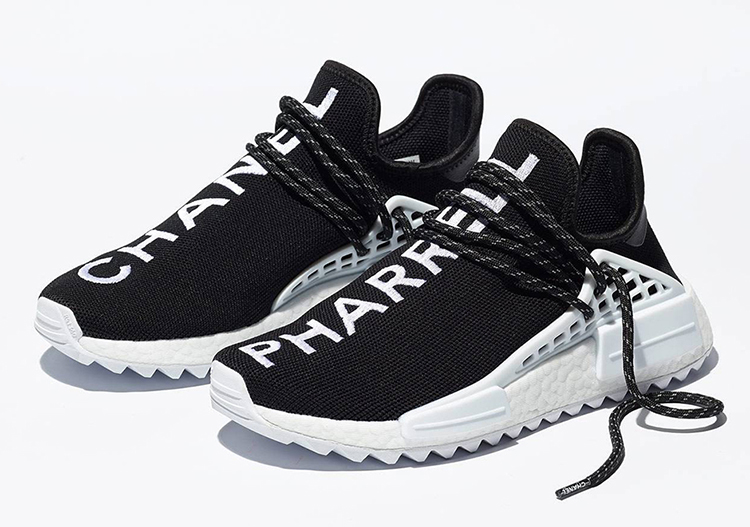 In a rare collaboration with the luxury designer brand, Pharrell teamed up with Chanel for the release of what many have dubbed the sneaker of the year. A clean black and white color scheme replaces the previously released “Human Race” NMDs made popular by the “Happy” singer. Released exclusively in Paris to the lucky winners of an online raffle and available for pick-up at a temporary Chanel pop-up at colette, it’s highly unlikely that you’ll come across a pair on foot. Winners drawn from chanelatcolette.fr, €1000.

Released in the early 2000s, The Jordan Trunner LX has been reinvented this year through a series of different color ways. In an exclusive interview with Air Jordan, Travis Scott explained his attempt at avoiding the traditional route by introducing a fresh palette that has never been used before. The combination of pastel colors, materials and textures is one of Scott’s greatest and most unique collaboration to date. Gifted to friends and family, this unreleased model was thrifted from Beacon’s Closet in New York City in July 2017 for $55. Details surrounding a public release have not been made available.

The Weeknd and Puma continued their collaboration this year with the release of a sleek military boot that borrows unique details from high top basketball sneakers. The XO Parallel released this summer in an all-white scheme, later followed by an olive green and finally in triple black, with a rumoured denim model in the works. Released at select Puma retailers and online. $220. 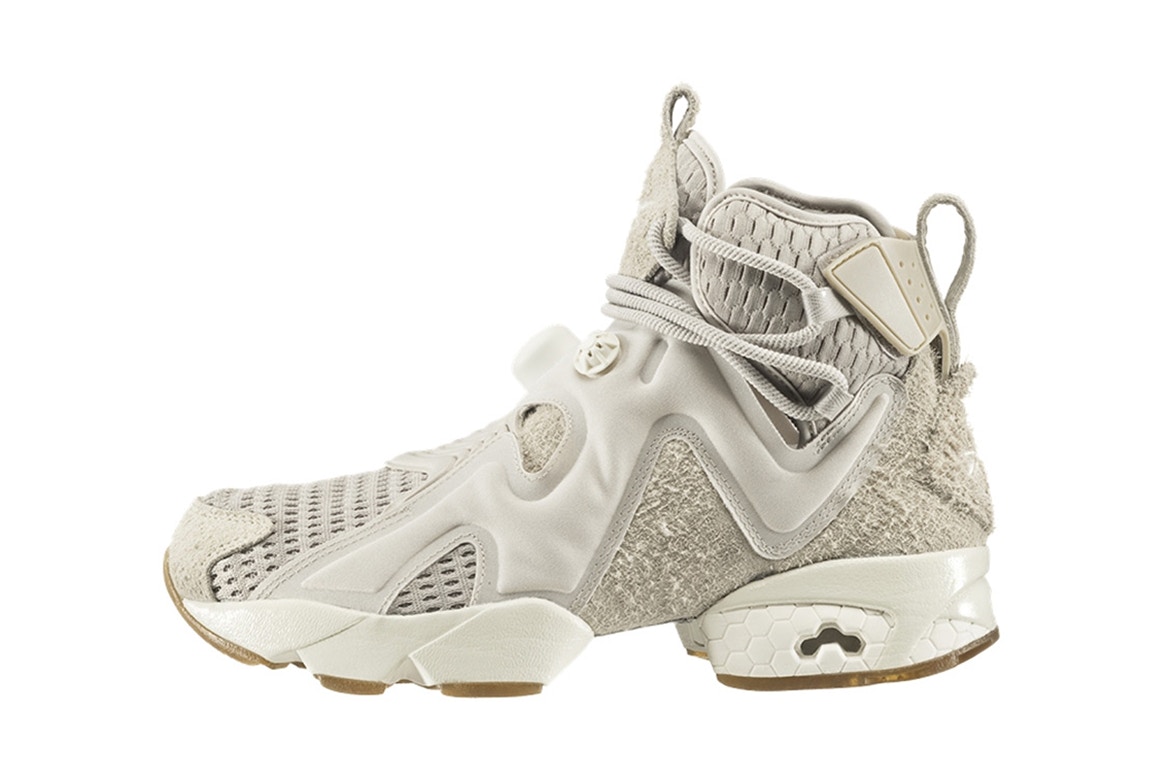 Following the success of the rapper’s Instapump Fury collaboration in October 2016, Future and Reebok are back this year with the launch of a new sneaker, the Furikaze. A signature model released for the first time in the brand’s history and designed with elements unique to the Atlanta natives background, the shoe was built upon the reference of the Scorpion, which is deeply rooted in Future’s horoscope. Released in November with a white/sandstone color scheme, an all black colorway is also expected to be released this year. $250. Gucci Mane’s collaboration with Reebok has been a topic of discussion since the announcement of their partnership was made in October. As one of this year’s final rapper endorsed sneaker collabs, the Reebok Workout Plus sneaker takes us back to Gucci’s roots, blending elements of his childhood with a drab color scheme. A second collaboration, the “Guwop” DMX Run 10 announced via the artist’s Instagram pays homage to Gucci’s icy hobbies (in more ways than one) and features flashy bling and a diamond encrusted ice cream cone.