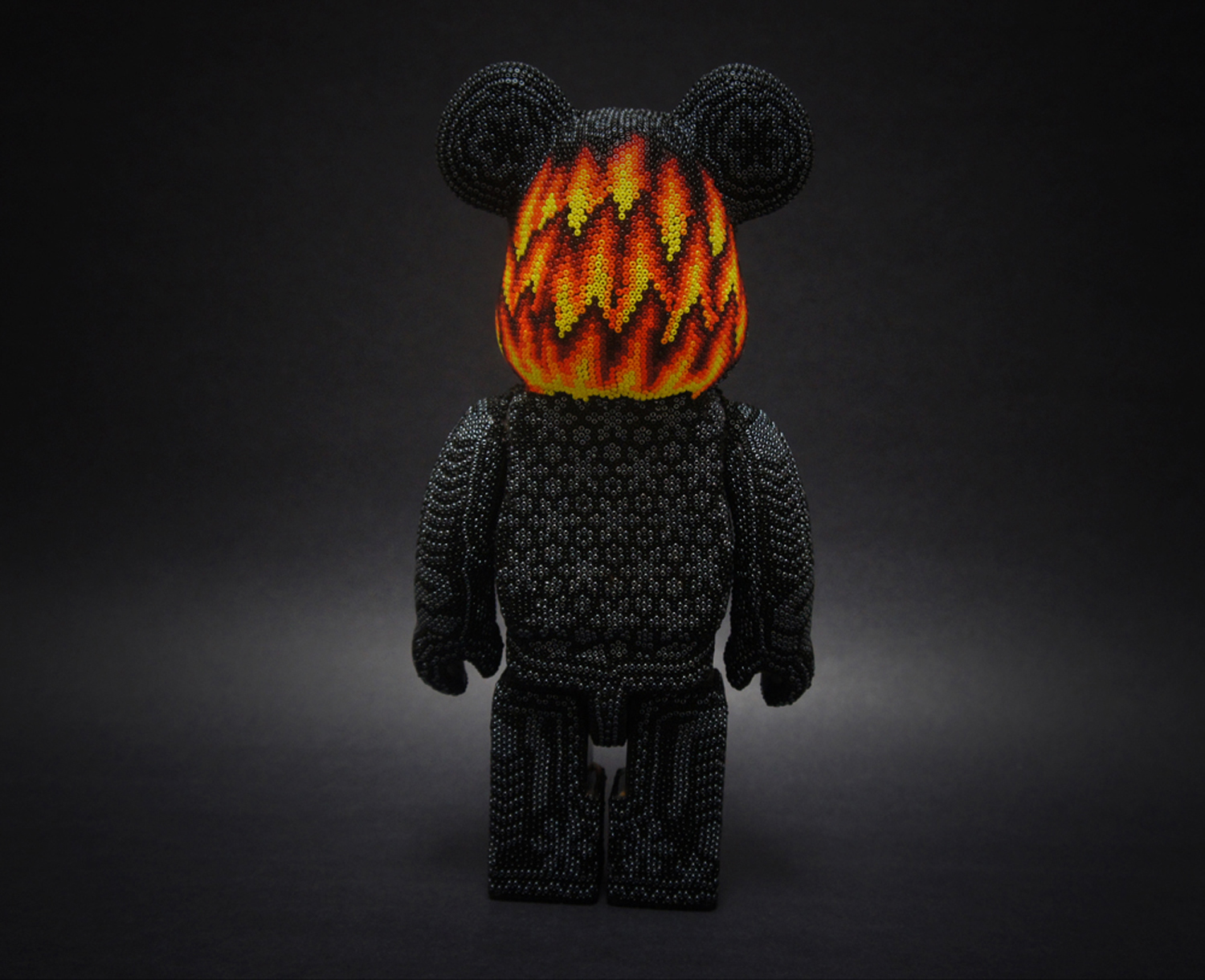 Toronto’s alternative fashion week, Fashion Art Toronto (FAT) hit the double digits this past week, turning ten years old and wrapping up a decade (and counting) of celebrating fashion and the arts in Toronto. The theme for FAT 2015 was #MADEINCANADA, with over 200 national and international designers, artists and performers working toward a micro-theme on each of the five nights: Cold North, Group of Seven, Northern Lights, Global Village and Great Wild.

What sets FAT apart: it is not just about fashion design. The annual event celebrates progressive artistic pursuits of all kinds – photography, film, installation, performance, and yes, design, with fashion as the unifying element. 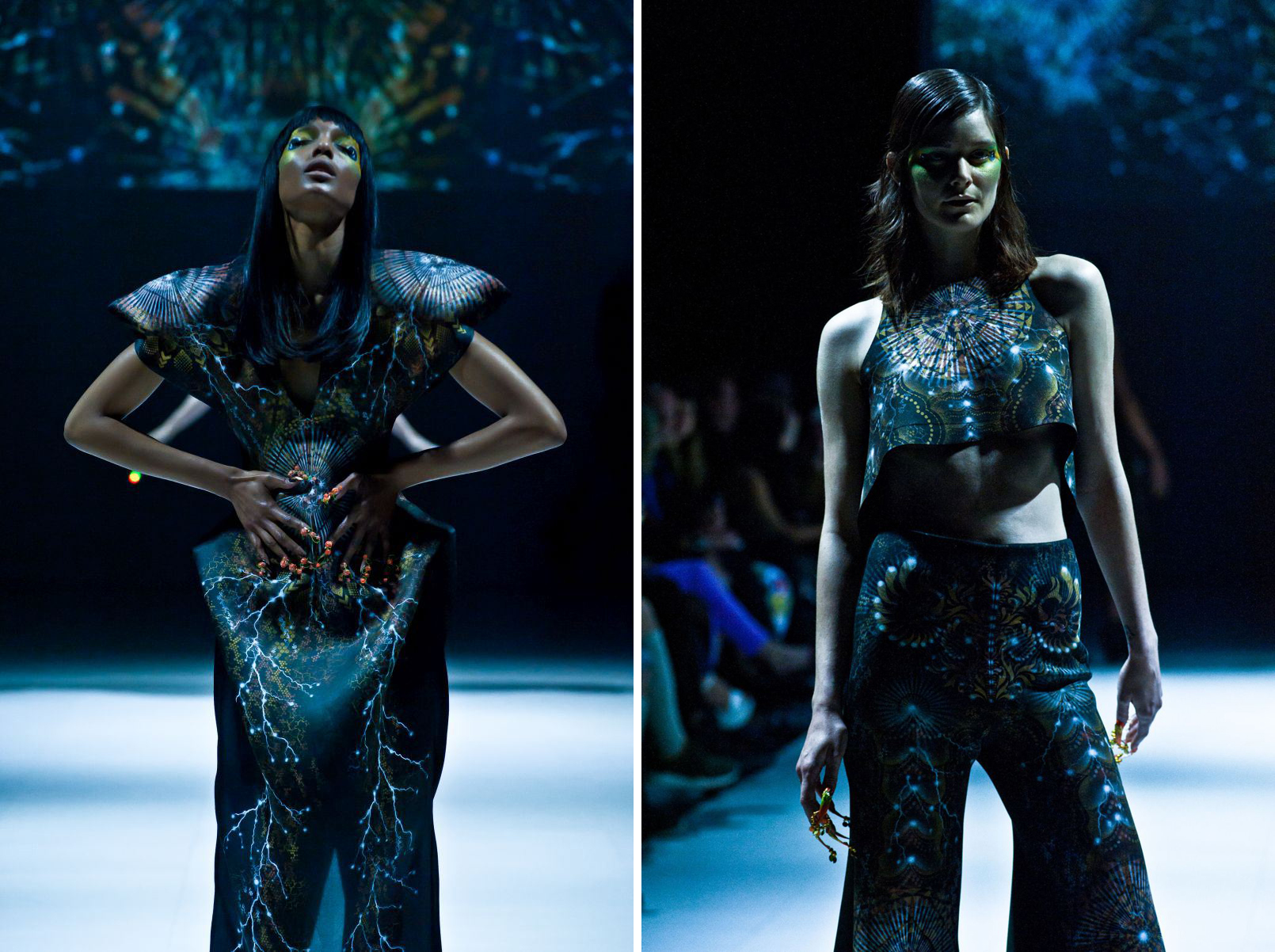 Known as the “bad boy” of Canadian fashion, Evan Biddell first met the spotlight after winning the inaugural season of Project Runway Canada in 2007. A lot has happened since then, including a studio/gallery/retail space in Toronto’s early Ossington scene and a move to New York City, with lots of dramatic runway shows in between. For FAT2015, Biddell did not disappoint with MORE THAN HUMAN, where he created a post-human world of androgynous cyborgs and galactic beings. Artist Jennifer Walton painted Biddell’s fashion forward, yet wearable, silhouettes with invisible paint that lit up under black light, giving the pieces an other-worldly, reptilian quality. 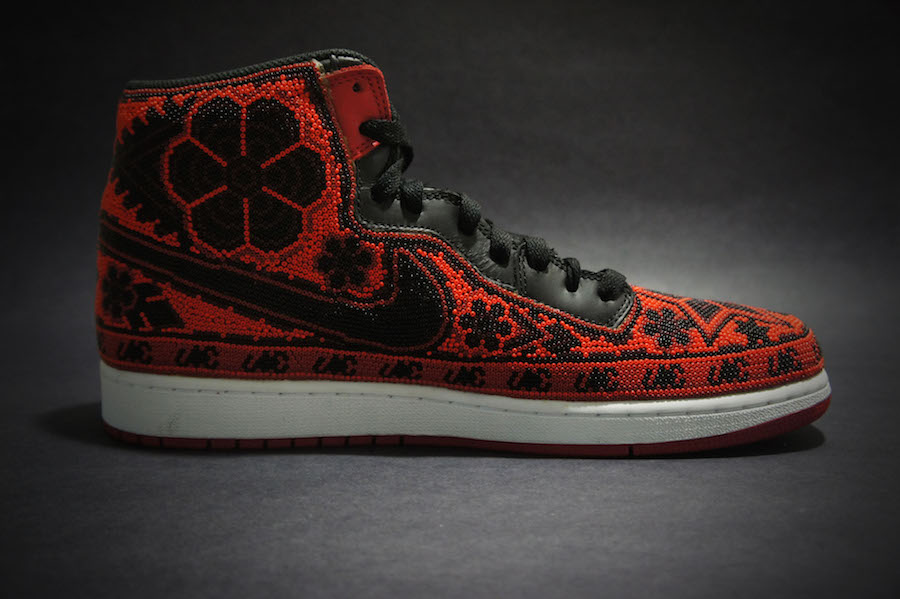 Waiting to enter the runway at FAT 2015, I was struck by the beauty of Toronto artist Ricky Sosa’s installation, “Peyotes Muertos”. In dizzying detail, Sosa placed individual beads in the hundreds of thousands on different objects, in patterns he created by collaborating closely with the Wixáritari community, one of Mexico’s most revered and sacred tribes. 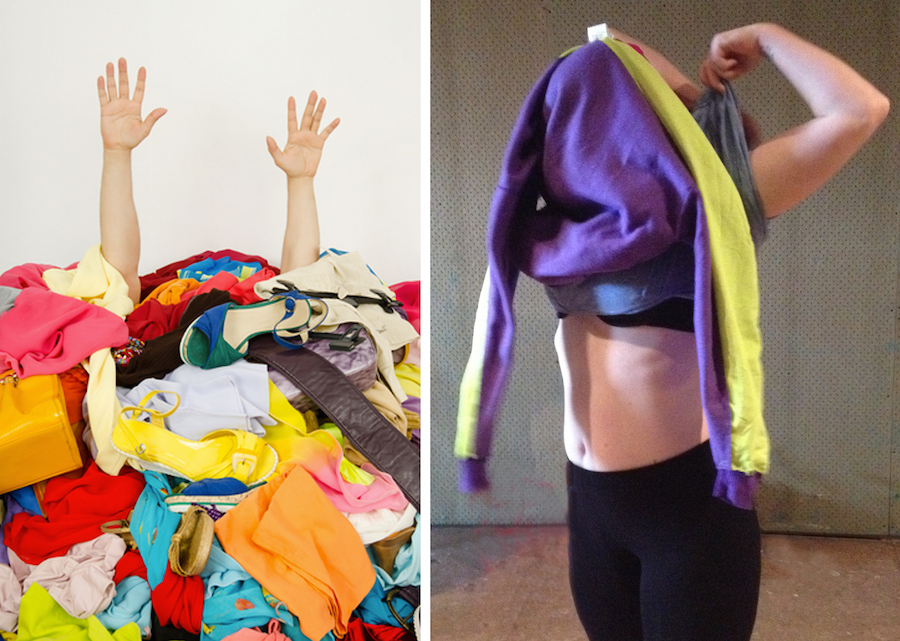 The fashion performances at FAT added a unique dimension to the week, one of the most thought-provoking being “Nothing To Wear” by Vessa Perunovich. Pairs of models approached piles of clothes that could belong on anyone’s bedroom floor. In time with the music, the models began playfully, but frantically, dressing each other with the entire pile, throwing items on regardless of whether they fit or they were needed. The performance left me wondering… what would it be like putting on everything I own? The proposition is impossible… maybe I have too much? What is too much?

True to the #MADEINCANADA theme, Michele Taras melded photographs of models with paintings from Canada’s iconic Group of Seven. Taras chose to feature designers who use natural materials as an ode to the Group’s connection with the Canadian outdoors. It is truly breathtaking how Tara’s subjects also become the subjects of such quintessential Canadian art pieces.

Clothing line Elisa C-Rossow and jewellery/accessory line LaLaYeah collaborated on the fashion film “1:1”. The simple composition of the film focuses on the models upper body and hands, but never her face, creating an intense interest on the pieces themselves, bringing forward details that may otherwise go unnoticed. I love the sexy simplicity of this film – and it doesn’t hurt that the pieces themselves are so covetable.