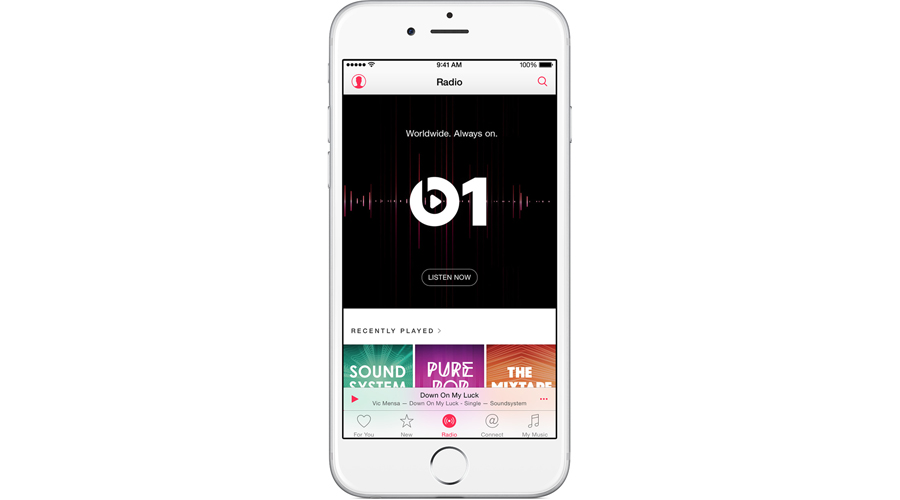 It’s been a solid couple of months since the official launch of Apple’s streaming music service, Apple Music, and it’s come with a whole slew of mixed reviews. From the app messing up people’s music labelling, to a seemingly unexplainable inability to create a new playlist, the service has had its (expected) growing pains. There is, however, one aspect of the new service that has everyone raving about and had managed to deliver above and beyond expectation, and that is the Beats 1 radio station.

The beats 1 station is the shining star in the Apple Music app. Anchored by three incredible music forces DJs Zane Lowe in L.A., Ebro Darden in New York and Julie Adenuga in London, the channel is always broadcasting something new and exciting. These three really are the best of the best and each brings a unique flavour and talent to the table. The channel would be nowhere without them. Of course the job of having a 24/7 radio station is no small feat, one which even three of the world’s best couldn’t hope to continue, and as such Apple has allowed some of the best artists in the world to host their own radio programs. From Dr. Dre to Drake, from Queens of the Stone’s Josh Homme to Elton John, the Beats 1 channel has something for everyone. Trust us, we’ve spent weeks and weeks listen to only Beats 1 (give or take), it’s that good.

As such we have spent hours upon hours listening to the channel and have compiled a list of the best radio shows on Beats 1 as of right now!

Dr. Dre’s The Pharmacy – Every two weeks on Saturday night at 6pm EST, the good doctor plays has the musical prescription you need.

Drake’s OVO Sound – Drake has been using his Beats 1 show to debut new music, which is clever, get people to tune in. The show airs every 2 weeks on Saturday nights at 6pm EST.

Josh Homme’s Alligator Hour – Every Thursday at 10pm EST, with a two-week gap early in August, the Queens of the Stone Age frontman has a sultry voice that will leave you hypnotized and entranced.

Q-Tip’s Abstract Radio – Every Friday at 10pm EST the legendary Q-Tip plays an incredible selection of music. He digs deep into the crates pulling out gems that you might not even now exist.

Disclosure’s Disclosure – Every other Friday at6pm EST brothers Howard and Guy Lawrence play some music that they love and are listening to right now. It’s pretty impressive when you see/hear the selection and think about just how old these two are.

St. Vincent’s Mixtape Delivery Service – Every Tuesday at 9am EST, playing all the classic jams.

Jaden Smith’s MSFTS Frequency – Every Saturday at 12pm, the incredibly talented and often misunderstood Jaden plays every and anything. Interviewing guests from all around the world and playing one of the most eclectic and diverse musical selections you will hear. He basically had us when he played the theme song to Buffy the Vampire Slayer.

Elton John’s Rocket Hour – Streaming every Monday at 10pm EST and playing a little bit of everything, from classic rock to hip-hop, B.B. King to Major Lazer. Elton John is one hip dude.