When it comes to concerts, Toronto is incredibly fortunate to host some of the greatest talent in the world. So, spoilt for choice is certainly the right term. Plus, there are some incredible shows still to come this year, so don’t hang your head in disappointment if you haven’t yet managed to get to one.

These are the top 5 music concerts still coming in Toronto in 2018. From Ozzy Osborne and Fleetwood Mac to Bruno Mars and Elton John, the line up can only be described as one of the greatest in recent years. Remember that for Ozzy and Elton, these are their last tours before officially retiring.

After a Summer filled with great festivals, the fun hasn’t stopped for music lovers, and this Autumn promises to be an unforgettable one for live music fans. 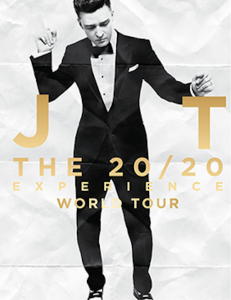 He’s easy on the eyes, and it just so happens he makes some great music as well. Admit it, you want to see him live, and have been waiting for the chance. That chance is coming at the Air Canada Centre, on October 9th. Timberlake dropped a new album on 2nd February titled ‘The Man of the Woods’ and according to the singer, his tour features several songs from the new record. Tickets start at $58 and should sell out fast.

There is no doubt that Fleetwood Mac is one of the most celebrated and acclaimed bands in history. There are embarking on an incredible 52-date tour across the world, performing what is said to be one of their most legendary shows ever. Spanning their entire career, the show will feature both new and old songs, pleasing fans from all eras. They will be at the Air Canada Centre on November 5th. You’ll be paying top dollar to see this legendary performance, with ticket prices starting at $157.

Officially calling the show No More Tours 2, Ozzy Osborne is finally retiring from life on the road. But before he goes, he’s ready to give his fans one hell of a memorable performance. Be sure to see one of the ultimate rock legends one last time before he settles into retirement forever.  He will be teaming up with Stone Sour at the Budweiser Stage on September 4th. Tickets start at $56.

Another legend of the industry is hanging up his hat for good; Elton John is also making his final tour. Called the Farewell Yellow Brick Road concert, this is the last chance to catch this legendary artist perform live. See why he sold over 300 million records in his career, and managed 50 top 40 hits. You might want to bring the tissues for what will surely be an emotional journey. Elton John performs at the Air Canada Centre on the 25th and 25th of September. Be sure to book early to get a seat. Ticket prices start at $197. 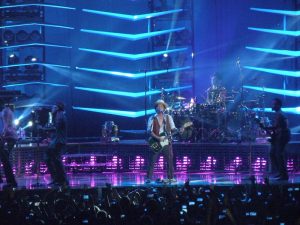 A singer, songwriter and world-class performer taking the world by storm, Bruno Mars is as hot as it gets right now, and is easily one of the biggest names in the industry today. After dropping his hit album 24k Magic, he’s taking to the stage to give the performance of a lifetime. Catch him at the Air Canada Centre on the 22nd and 23rd of September. This is another one you’ll want to book early for if you want a chance of getting a seat. Ticket prices start at $91 on the 22nd, and $83 on the 23rd.