Top 10 TV Shows to Binge Watch Over the Holidays

As we gear up for the last week of the year to wrap up for the last of our gifts, settle in at home to celebrate the flurry of holidays and prepare for a fresh start into the new year, you’ve got to take advantage of the downtime to do absolutely nothing. What a better way to pass the time than to sleep in late, fix yourself a plate of leftovers, then crack open a beer and binge watch a TV series or two? For those fortunate enough to have the week before the New Year off, you can get some serious watching down. If you’re up for the challenge, here are our top 10 shows to marathon over the holidays. 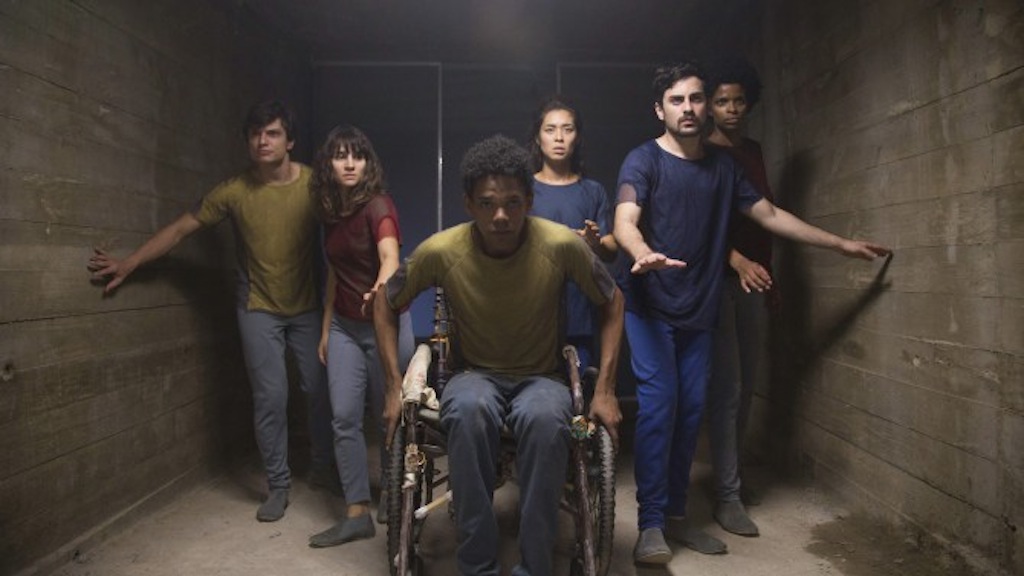 3%
Was the Hunger Games too tame for you? 3% has all the great plot bits of the Hunger Games’ dystopian future recklessness with a heaping of Lord of the Flies-level of drama. Picked up as a Netflix Original Series, this Brazilian drama is set in a future struck with poverty and crime. When citizens living in the impoverished Inland turn 20, they are given the opportunity to undergo a series of grueling tasks, referred to as The Process, to obtain a “better life” in the Offshore. Expect a lot of blood, tears, and a test of your own emotions. 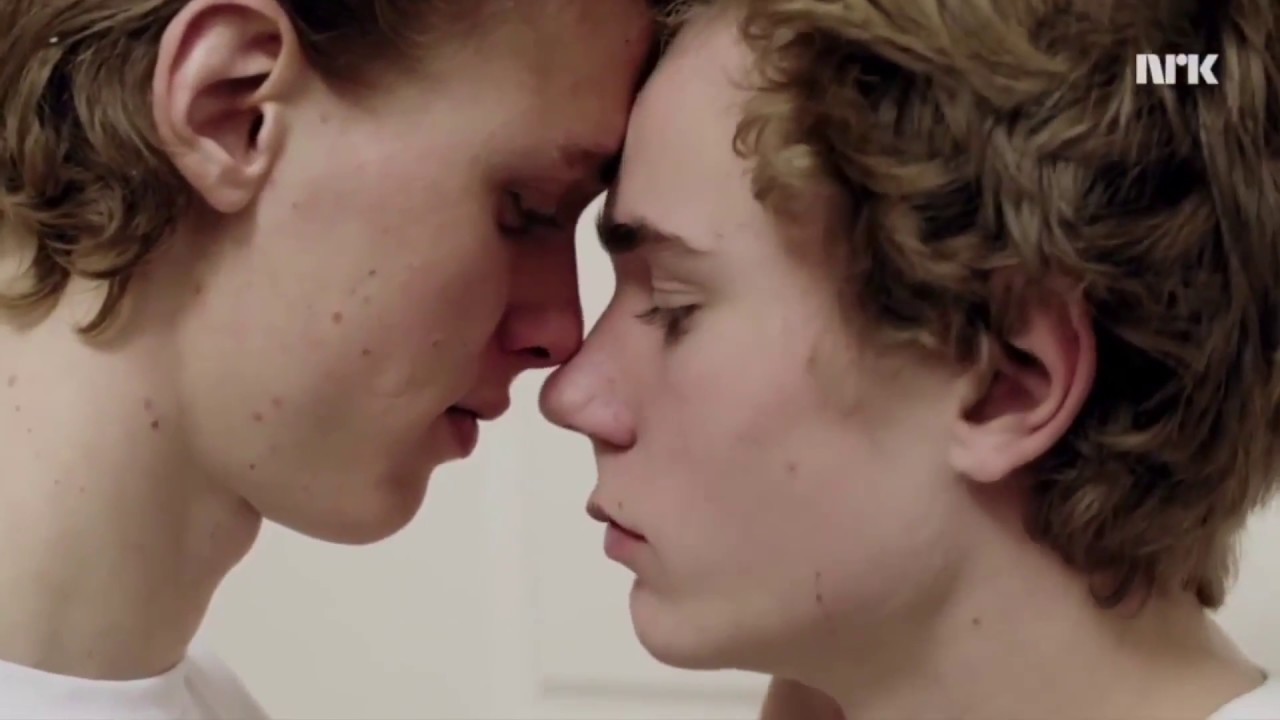 SKAM – Season 3
SKAM is a Norwegian TV show written about teenagers for teenagers living in Norway, but its third season has managed to pick up some major buzz.The plot follows Isak as he comes to term with sexuality after meeting another boy at his high school, Even. Simple, right? Absolutely, but the show is Norwegian after all, but by virtue of the actors’ performances, the show has breached beyond the intended audience. Regardless of your age, the show is far from juvenile and should be marked at the top of your must watch list. They address the hardships of growing up in a way TV hasn’t done before, most notably how they addressed mental health in Season 3. You can jump right into Season 3 of SKAM without watching the previous two, as the plot follows a new character each season. Episodes range from 20-30 minutes each, and are all available on the NRK TV site to stream. Transcriptions of the show are easy to find through a simple Google search – and it’s totally worth it. 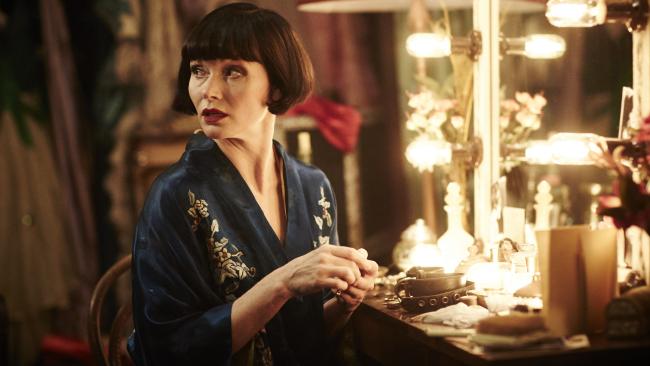 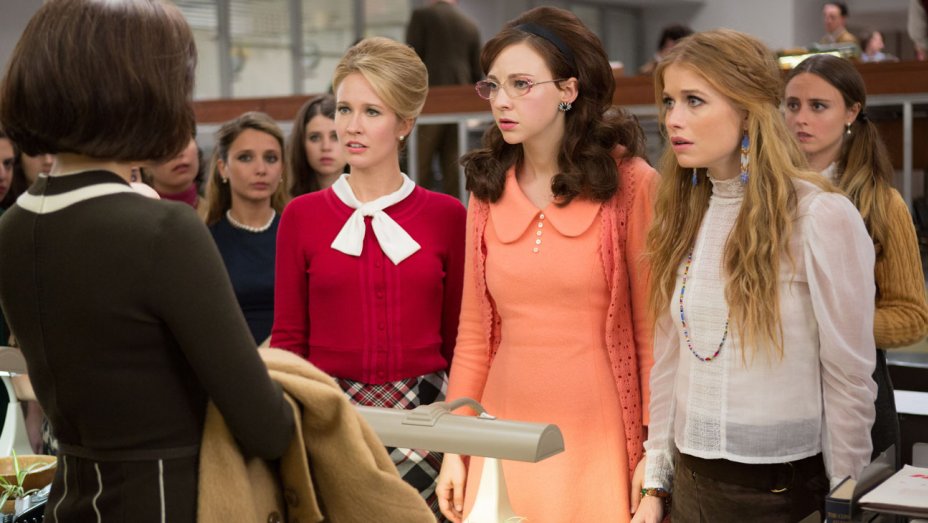 Good Girls Revolt
Good Girls Revolt is one of the most important television series to drop this year, and one of the most streamed Amazon Original TV series of the year. The story goes back to 1969 in which a group of female researchers at a fictional magazine, News of the Week, prepare to file a lawsuit against the publication by not allowing them to be credited as reporters with their own bylines. Inspired by the legendary lawsuit filed against Newsweek back in 1970, the show fills in subplots to address the political climate stewing in America, from the Vietnam war to the FBI working to discredit the civil rights movement and Black Panthers Party. Of course, when a show is this good, it’s destined to get canceled. The head of Amazon has already axed the show despite the rave reviews and incredible ratings, but fans aren’t giving up on the show and are hoping the show is picked up by another network. You can watch all 10 episodes through your Amazon Prime account. 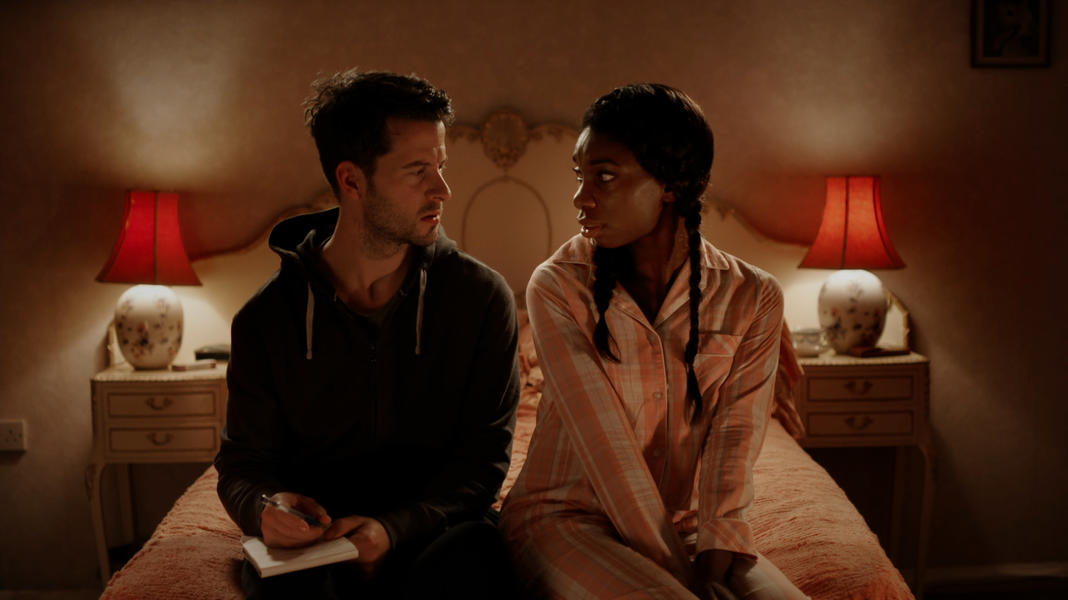 Chewing Gum
Looking for an offbeat comedy? Chewing Gum is a deranged, raunchy, hilarious sitcom following Tracy Gordon, a 24-year-old virginal shop assistant living in East London who wants to learn more about the world (ie. have sex and party like most twenty-somethings). The awkwardness and discomfort can be palpable at moments, but its absurdity is brilliant and sure to have you in stitches. Episodes cash in under 30 minutes each, so run over to Netflix to fly through the first series. 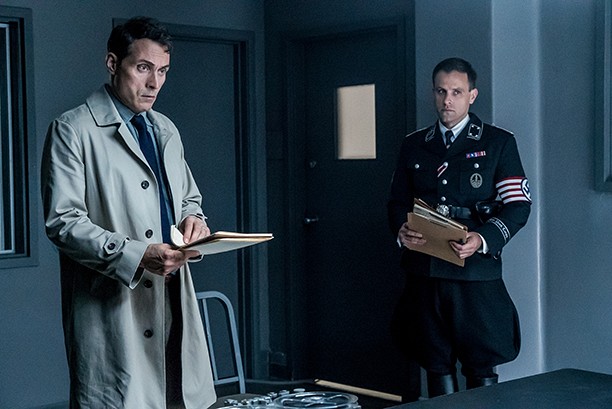 The Man in the High Castle
Ever wondered what the world would look like if the Axis Powers won WWII? Inspired by the Philip K. Dick novel of the same name, this series shows a frightening depiction of this concept. If you like historical dramas and following multiple plot lines, The Man in the High Castle is your go-to show. The main crux of the show is the Japanese and Nazi governments trying to track down the man in the High Castle who is secretly distributing film reels of alternate realities in which the Axis Powers lost. The writers of this Amazon Original show have managed to flesh out the original novel’s plot line and stretch it into its own beast. With season 2 just launching on Amazon Prime last week, you’ve got plenty of alternate reality to wade through. 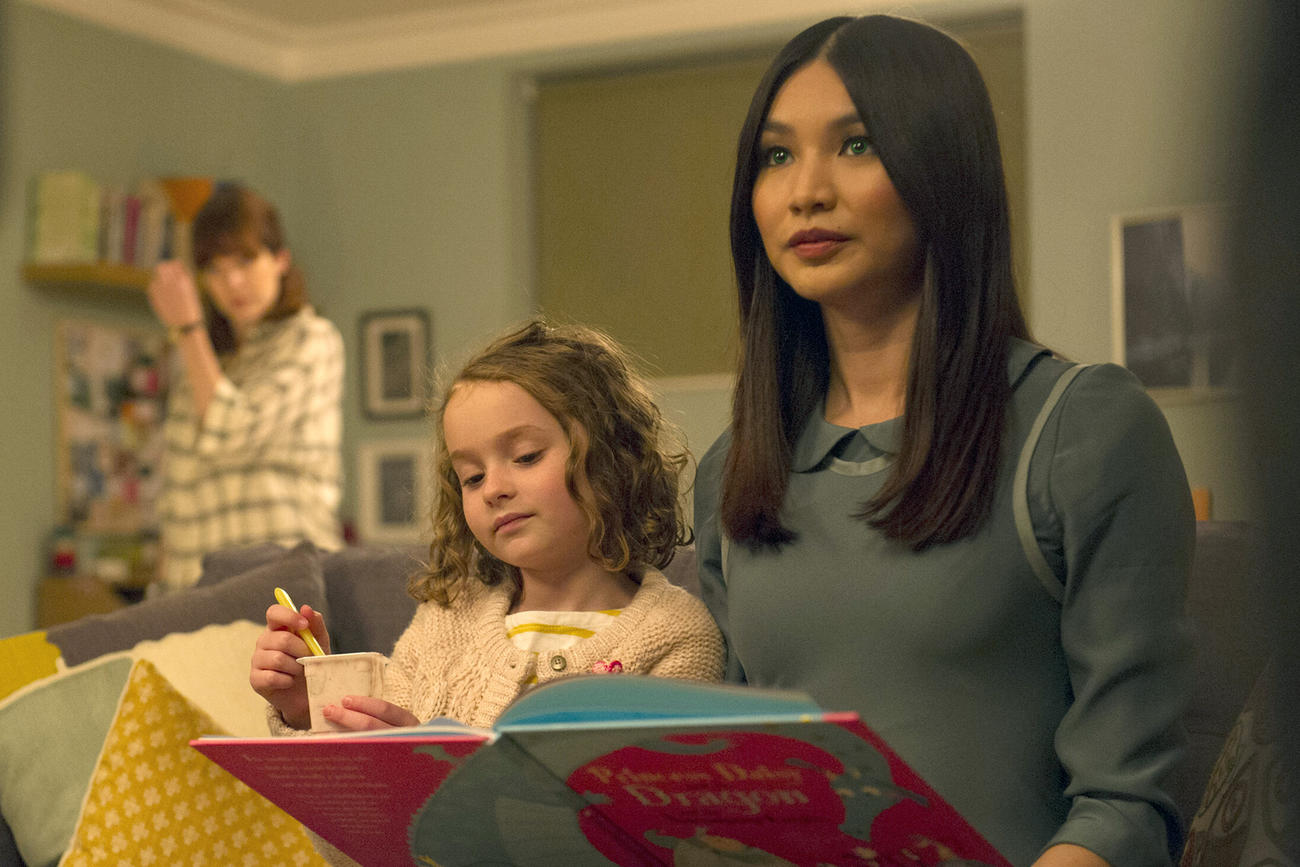 Humans
Perhaps the most frighteningly realistic sci-fi show on our list, Humans is an incredible account of the exploration of artificial intelligence and the psychological impact of its presence integrated into everyday human life. Fans of HBO’s Westworld and the forthcoming Blade Runner 2049 films can lean on Humans to fill that void as they wait for those AI blockbusters to hit the screen. Question what constitutes humanity and stream season 1 on Amazon Prime. 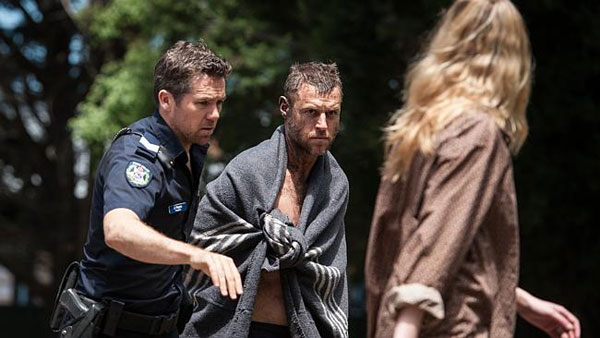 Glitch
Set in a fictional town in the Australian countryside, six people rise from the dead in perfect health. the weirdest part of all is the dead emerge from a span of radically different decades (shouldn’t their bones have decayed at a certain point?). Glitch masterfully poses more questions with each episode as it slowly answers others. Watch the mystery unravel on Netflix. 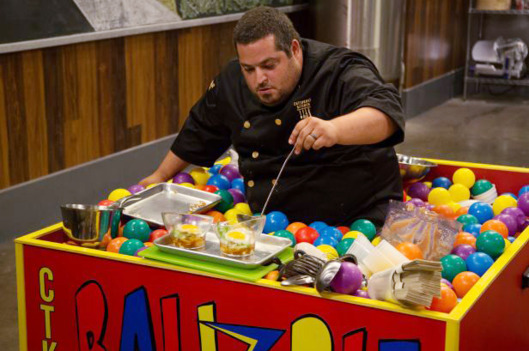 Cutthroat Kitchen
When cooking competition shows started to get too serious, Cutthroat Kitchen came in to stop making it so typical. Much like its very serious counterpart, Chopped, each round the chefs have the chance to auction off bits of their prize money to sabotage another chef. As you can see above, one chef was subjected to creating his dish inside a ball pit. It’s ridiculous, savage, and a refreshing take on cooking shows. Head over to Netflix to watch the first 4 seasons. 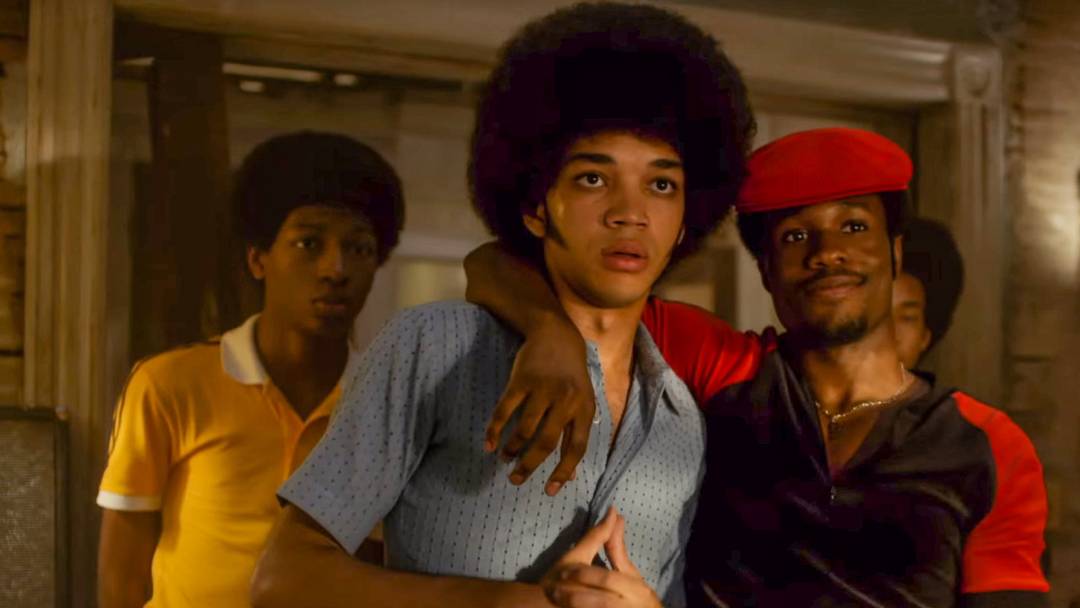 The Get Down
Netflix Original show The Get Down‘s release was overshadowed by the seemingly endless buzz surrounded around Stranger Things this past summer. Perhaps the most ambitious and fresh storytelling of the origins of hip-hop in the South Bronx during the late 1970s, the series was created by none other than Baz Luhrmann, the director behind cult film classics Romeo + Juliet and Moulin Rouge. Dive into the first six episodes now streaming on Netflix, and learn more about how Grandmaster Flash scratching records changed music as we know it forever.