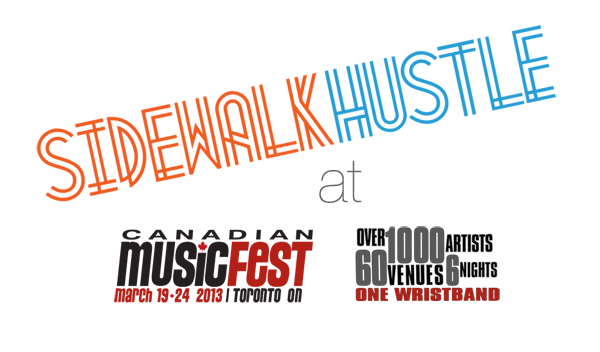 A line up as big as this can be daunting, so we did the digging to find the top ten coolest sets happening during Canadian Music Week starting tomorrow. Like most years, CMW will admit only a certain number of pass holders into the show, so it’s necessary to show up mad early in order to make sure you get into the shows you just cant miss.

1. Savages: We missed them at CMJ last year and everyone won’t shut up about how cool and edgy their femmie post punk is. Plus they’re playing with Valleys a mellow, shoegazy band we’ve grown to love.

2. Mac DeMarco: We’ve seen him like a million times, but the act never gets old. His music is great, he’s kind of gross, but we love him anyway. Don’t miss out on a potential french kiss if you’re close up to the stage, and expect him to crowd surf at the most inopportune moment near the end of the set.

4. CHVRCHES: Catchy fun electro pop from Glasgow takes over the Mod Club. What’s not to like?

5. Diamond Rings: If you haven’t had the pleasure of watching sweat roll off his Bowie induced make up, you should probably get on this likerightaway.

6. Austra: Maybe you’ve seen her before as many times as we have, but you haven’t heard any of her new music off the forthcoming record Olympia, which is what she’ll be playing at the show later time week. So yeah, you’ll wanna be there for that.

7. Tyler The Creator: The shows been sold out for months and his website shows no mention or association with the festival, but he’ll play the Opera House this friday, and you won’t want to miss out on all his horribly offensive bitching.

8. Rihanna & A$AP Rocky: As little or as much involvement as this show actually has with CMW, you won’t regret hitting up this double header, provided you can afford the ticket price.

10. Stars: Guarantee yourself a good time and skip the line up too, because this Montreal based band always puts on a great show. Plus Yukon Blonde will be opening, so that’s a bonus.

Still not sold on any of these artists? Check out the full line up over here.