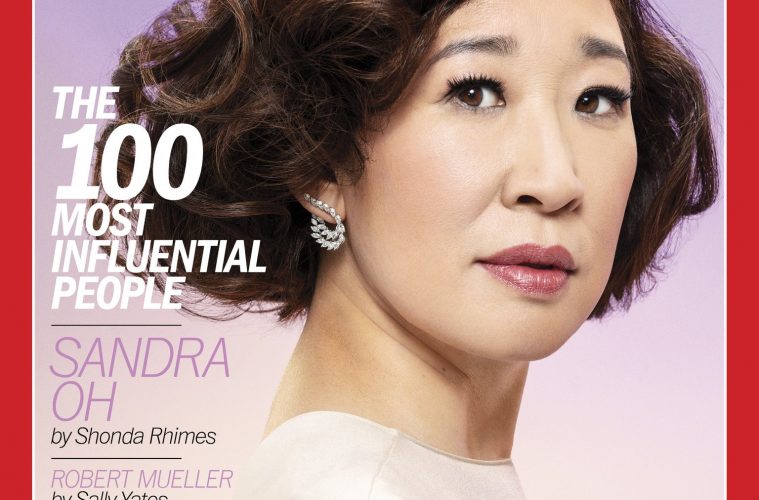 Time magazine released its 16th annual 100 Most Influential People list for 2019. The select people were organized into five categories: pioneers, artists, leaders, icons and titans. Accompanying each entry is a 200-word profile, written by fellow influential names in respective industries. These 100 names are people whose time is now, says Time‘s editor-in-chief Edward Felsenthal. The print issue of the Time 100 list will be available on April 19.

Below are our 10 favourite entires from the list. They’re people we’ve followed, written about and respect. We’ve included tags to past coverage for added vibes.

“Sandra Oh is a virtuoso. She treats dialogue like notes of music—every word must be played, every syllable correctly toned.” 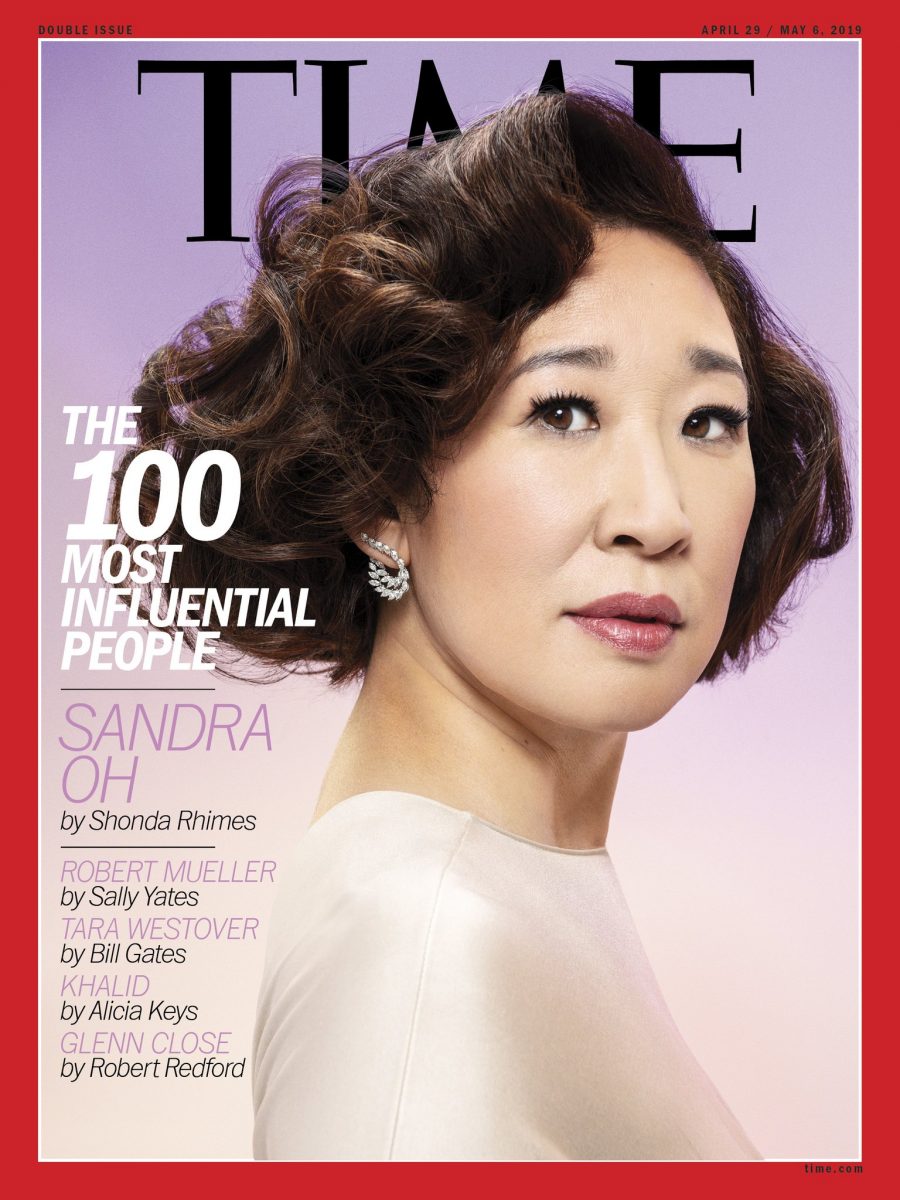 She won her first Golden Globe in 2006, absolutely shined in Grey’s Anatomy for 10 years, and built up a roster of credits in films such as Sideways and Hard Candy. This year she also made history after becoming the first woman of Asian descent to win a Golden Globe for best actress in a TV drama. And now she’s killing it in Killing Eve—her facial expressions, conviction, bemused nature, even how she walks is entertaining. If you haven’t started watching Killing Eve why not take this holiday weekend to do so? Season 2 just started. All this, and she’s Canadian.

“Ryan seems to possess a sixth sense of what you need and deserve as an actor. What would thrill you, and what kind of character could meet you head-on.”

We’ve come to expect a lot from Ryan Murphy, who’s been in the driver’s seat for years thanks to his innovative takes on drama, comedy, gore, biopics, true crime and whatever weirdness he feels like. From American Horror Story to the Assassination of Gianni Versace to Scream Queens to 9-1-1, he gets you hooked onto his efforts and breaks boundaries while doing it. People want to work with him and you can’t really buy that kind of respect.

“I love that his first album didn’t have any features. It’s a beautiful, powerful statement: ‘Here I am. This is me’.”

Khalid has brought back the heart to a new generation of pop-R&B-fusion fans. He’s got style and is relatable, and we’re just happy when we hear substance on the radio. He’s also won at the Billboard Music Awards, received multiple Teen Choice Awards, and his song “Ways” with Swae Lee was featured on the Black Panther soundtrack. He’s used a platform without being a jerk about it, which often seems harder to do these days than in the past. Perhaps he heard Kendrick about being humble and all. Whatever it is, he influences.

“Her stunning Aqua, in Chicago, is the tallest building ever built by a woman. Now she’s building an even taller one.” 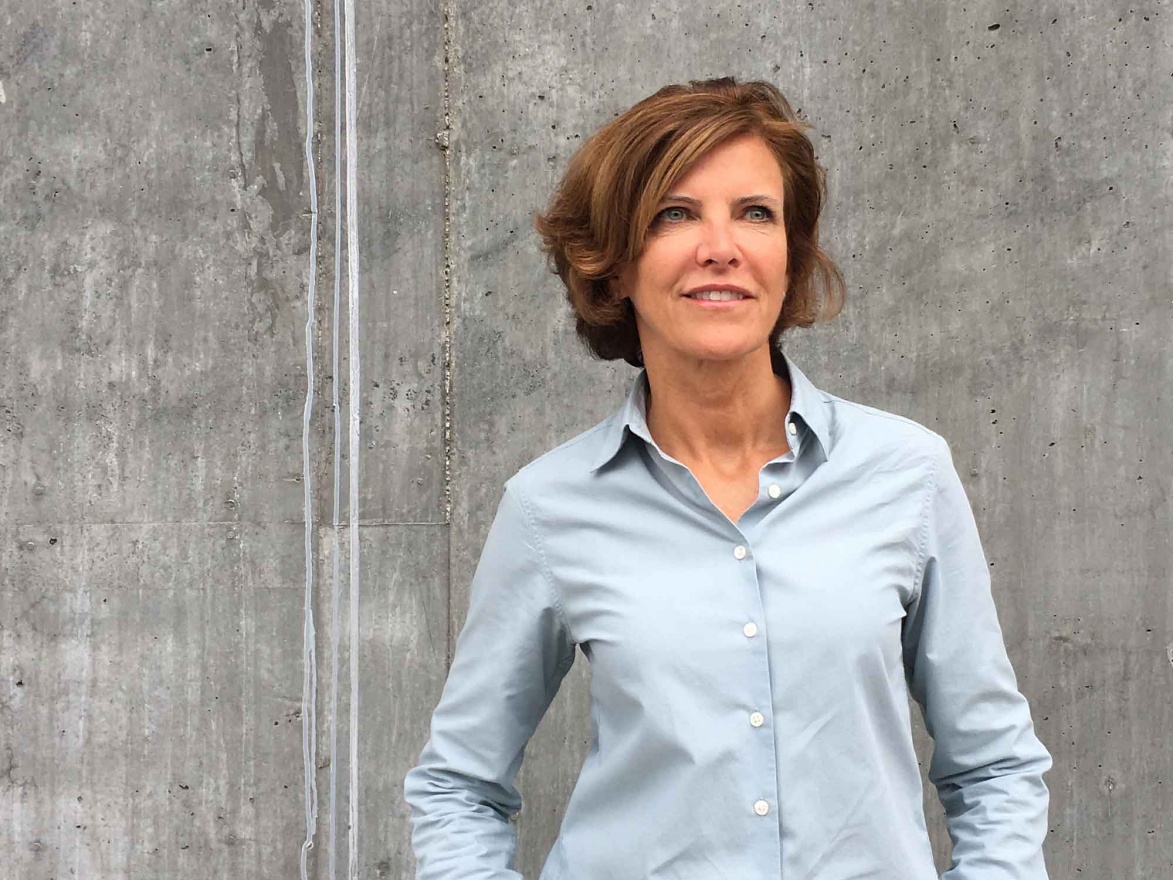 Just last month Jeanne Gang was selected as the lead architect of Chicago’s new Global Terminal and Concourse at O’Hare International Airport. “As a Chicagoan, I understand deeply the importance of O’Hare to our city’s identity,” said the founder and leader of the award-winning Studio Gang, an urban design and architecture firm. “And I’m honoured that my hometown has provided my team the opportunity.” Gang is also a professor at Harvard’s Graduate School of Design where she continues to drive interest and action into projects that are functional and environmentally conscious. And downright cool, too.

“The common thread across his career may be his impeccable timing—his ability to understand the cultural landscape of the moment and deliver a spot-on message.”

We don’t really need to talk about how much impact Spike Lee has had over the decades, from He Got Game to Clockers to Malcolm X, Lee’s films are about culture and he’s helped many understand such culture. He works with topics about race, money, power, drugs, basketball and love differently each time, but sort of the same each time as well. There’s a familiarity and also a caution about him. He doesn’t sugarcoat things and humans love him for that.

“Ninja was huge in building up the credibility of e-sports. At the end of the day, Ninja is an absolutely legend, and someone to whom we owe a lot for making gaming what it is today.”

We’ve been talking about Ninja a lot in the past year, probably because the man is so wildly associated with gaming, particularly Fortnite, and he also just won the award for Content Creator of the Year at the Game Awards. The 27-year-old YouTube and Twitch glory star tweeted out he was “honored and speechless” to make the Time 100 list.

She has a huge capacity for both joy and serious work…She is in a position to make real systemic change in Hollywood.”

Brie Larson might be best known as a superhero or as one-half of the ensemble in the incredibly moving film, Room, but she is also an activist and gets involved in campaigns that matter. Her Instagram is a storied collage of her multi-faceted self, and is one that’s ventured to on the regular.

“People in LeBron’s position get tugged in different directions and have a lot of chances to make bad decisions. He’s kept his head, and that’s not easy.” 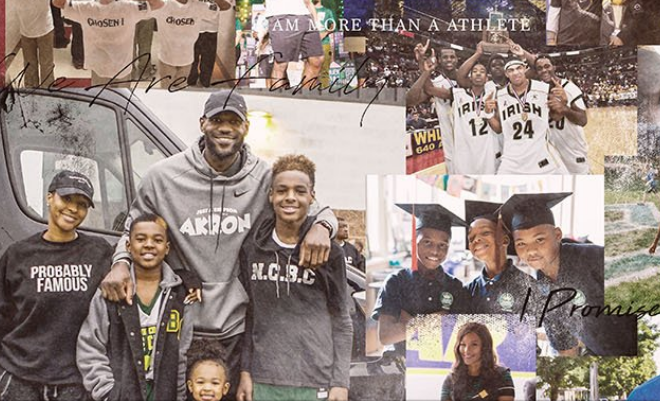 People call him King James, by choice. And it’s not just about his god given basketball talent, LeBron James has given back, take his efforts back in his hometown of Akron, Ohio where he founded the I Promise School, as one example. He’s pivoting to Hollywood so this should be interesting to see, but regardless of what he does people will talk about it.

“Massimo is reinventing the way that things are done and making it exciting to help people.”

The Michelin-starred chef and man behind Osteria Francescana, which was dubbed as the best restaurant in the world, is one of the few in the culinary world to make the list. But, rightfully deserving for the chef that has been raved about for his approach to cooking, connections and dedication to cultural innovation (i.e. community kitchens), and in case you need a quick refresher on his style, check this out. And this. OK, and this too. Bottura may not have been featured on Sidewalk Hustle before, but he is now.

“As soon as Jennifer Hyman began to deliver her pitch with passion and confidence, I knew she would go far.”

Another name to that has yet to make into the SH vault until now is Jennifer Hyman, a woman that has changed the fashion game. As the CEO and co-founder of Rent The Runway, the $1 billion company that allows people to rent designer fashions online, Hyman has made it possible to dress up with up drowning in debt.