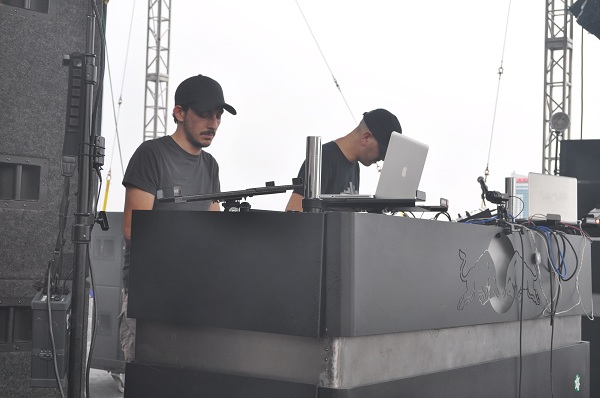 Back at Hart Plaza for our second day at Movement 2012, we started our afternoon at the uniquely structured Red Bull Music Academy stage. The different concrete levels provided the crowd with many different vantage points to check out the acts on the stage closest to the river.

With a refreshing breeze coming in, we were greeted with the sweet disco-y sounds of Tiger + Woods. Even though, it was the afternoon, the mysterious disco editors played some early morning music. The crowd really appeared to enjoy the sexy tempo of the duo. They played a great set highlighted by their epic disco edit from last year, “Gin Nation”. The track borrows some of the elements of the famous “Music & Lights”, and they skillfully brought back the track several times throughout their set. Disco edits, for the win!