“Fast-paced, boundary-pushing, satirical — this lineup has films representing every corner of the cinematic landscape on top of a strong number of World Premieres. It’s a pleasure to be able to share these films with audiences for the first time.” – Joanna Vicente, TIFF co-head

The Toronto International Film Festival unveiled its first selections set to impress come September. Much buzz has been seen around Joker, the film featuring Joaquin Phoenix in the title role. Joker is written and directed by Todd Phillips, who served as a producer on films like The Hangover and Old School. The film was executive produced by Martin Scorsese and stars Robert DeNiro, Zazie Beetz, Frances Conroy and Marc Maron.

The full film schedule will be released come August 20, but in the meantime there’s been some news dropping around special presentations and other good inserts in the agenda. Here’s what we know so far.

WHAT: TIFF, now in its 44th season, runs from September 5 to September 15.

One special announcement to note off the bat is that Meryl Streep will be honoured with the inaugural Tribute Actor Award for her career which has spanned 40 years, earning three wins and 21 nominations at the Academy Awards and eight wins at  the Golden Globes. She wil be in attendance to promote Steven Soderbergh’s latest film, The Laundromat, which she stars in, too.

“Meryl Streep is undoubtedly one of the most talented and versatile actors of her generation. Her tremendous contribution to cinema, television and the stage spans five decades; from her early roles in The Deer Hunter, Kramer vs. Kramer and Sophie’s Choice to later films including The Devil Wears Prada, The Iron Lady and The Post, she has portrayed characters that are as compelling as they are timeless,” says  TIFF co-head, JoannaVicente, in a statement.

The recipient of the Mary Pickford Award (who was born in Toronto and one of the first 36 founders of the Academy of Motion Picture Arts and Sciences in 1927) will also be announced.

Just announced is the feature-length doc on Canadian music mogul David Foster. David Foster: Off The Record will see interviews and archival footage of the 16-time Grammy Award-winner. Expect to hear interviews with Celine Dion, Kristin Chenoweth, Quincy Jones and Michael Bublé as well as with his wife Katharine McPhee. There will also be a special tribute to Foster at the TIFF Tribute Gala.

Endings, Beginnings stars Shailene Woodley, Jamie Doran and Matthew Grey Gubler. It follows the three falling into a love triangle where Woodley wavers between the two men, set within a 30-something-year-old lens.

The Personal History of David Copperfield will have its worlds premiere at TIFF, and the film has a great cast including Dev Patel, Tilda Swinton and Hugh Laurie. It is based on the Charles Dickens’ autobiographical novel.

Tom Hanks will play everyone’s favourite neighbour in A Beautiful Day in the Neighbourhood, based on this Esquire article on Mister Rogers, first published in 1998.

Ford v. Ferrari based on the building of a race car to challenge a Le Mans and the closing night film, Radioactive, are two other names we’re pumped to see. The latter stars Rosamund Pike as Marie Curie, the groundbreaking scientist who jointly won the Nobel Prize for the 1903 discovery of radium.

Another film on the radar is Pedro Almodóvar’s autobiographical entry, Pain and Glory, which was nominated for a Palme d’Or during its international premiere at Cannes this year. The film also scored two wins at Cannes for best actor (Anthony Banderas) and best soundtrack, composed by Alberto Iglesias. Penelope Cruz also stars in the Spanish drama.

Hustlers sees Jennifer Lopez and a female stripper troupe including Constance Wu and Cardi B stealing from their clients, which could prove to be entertaining. Cardi B has not been shy about her own past on the subject.

The opening night film will be the Canadian documentary Once Were Brothers: Robbie Robertson and the Band, honouring legendary rockers The Band. This is yet another film executive produced by Martin Scorsese. Ron Howard and Brian Grazer also serve as executive producers on the film which follows Robertson’s life in Toronto, on the Six Nations of the Grand River reserve, and his journey in forming The Band.

For more entries and updates hover to here. 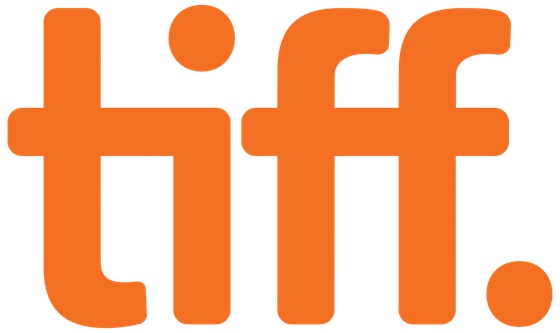