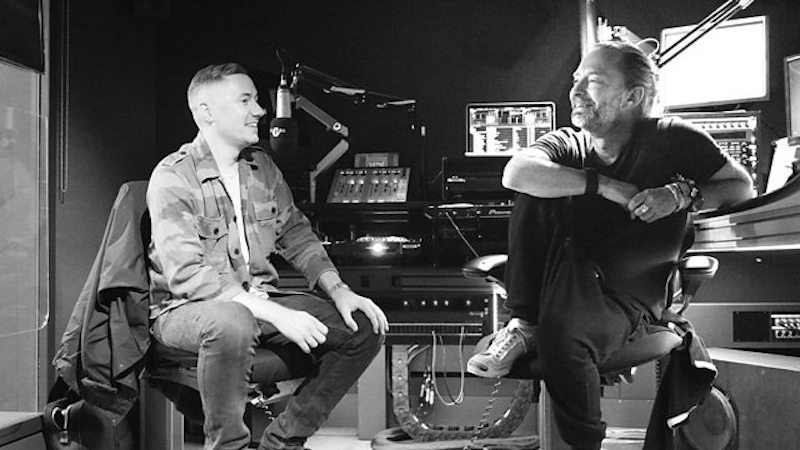 Between tracks, the two discussed Radiohead’s upcoming performances, and in turn, Yorke promised more tour dates for Radiohead in 2017. Yorke also revealed he’s interested in picking up his side project with Flea and Nigel Goldrich again, Atoms for Peace, and spoke about his time collaborating with Four Tet and Burial.

Yorke openly addressed being exhausted of finding creative methods of releasing new music. “Just put it out, man,” he said, “No more fuss, just put it out. I’m getting too old for that bit.”

Hallelujah, Thom. Even we can agree the shock value of crazy music releases are waning.

Head over to the BBC Radio 1 website to listen to the episode in full.

A full list of the tracks played during the episode are below.