Theophilus London “I Want You” 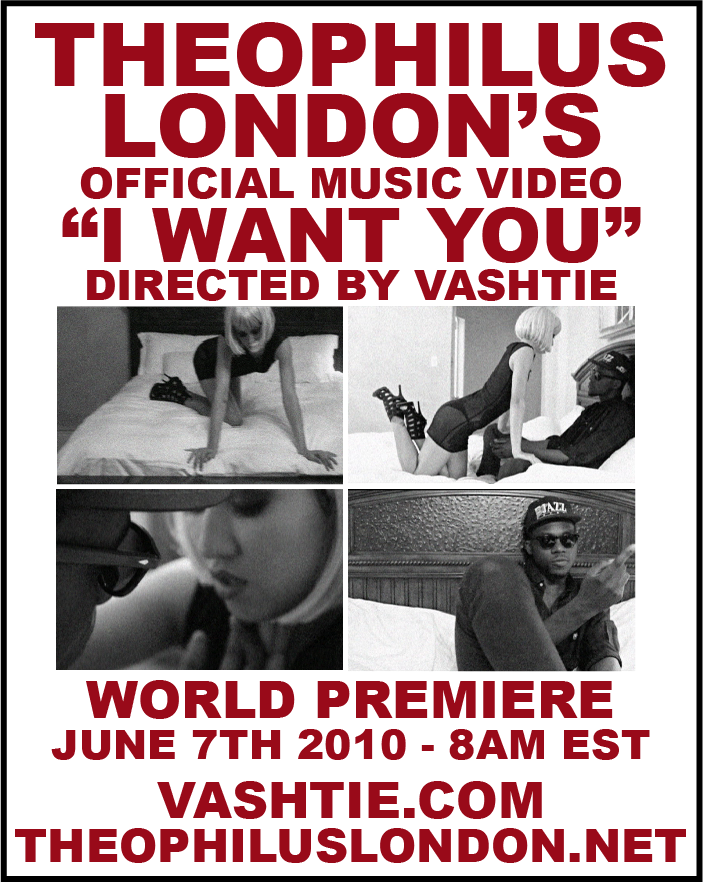 If I’ve said it once, I’ll say it again, Theophilus London is the man to watch for in 2010. His awesome collision of hip hop, funk, electro, and all things musical sets him part from the rest of the crowd. Check out the official video for the title track off of Theophilus London‘s I Want You mixtape. The song is a lovely tribute to the late great Marvin Gaye. The video was directed by Va$tie and pretty much has London working the angles of a pretty young thing in a hotel… Oh and by working the angles I mean taking pictures of and being generally sleazy/awesome.