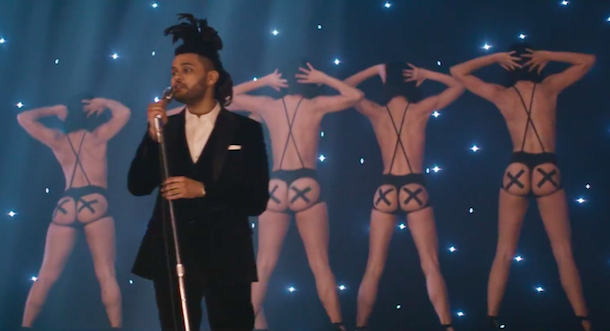 The Weekend drops his rather risqué new video for his contribution to the Fifty Shades of Grey soundtrack single “Earned It.” The clip enlists the films director Sam Taylor-Johnson and the star Dakota Johnson, as well as Abel who performs on stage with a series of scantily clid dancers with nipple pasties and x’s on their butts.

The soundtrack is due out on February 10th and will also feature another track from The Weekend called “Where You Belong”, as well as contributions from Sia, Ellie Goulding, Beyonce, and Jessie Ware.