The Weeknd & Daft Punk Perform at The 2017 Grammys 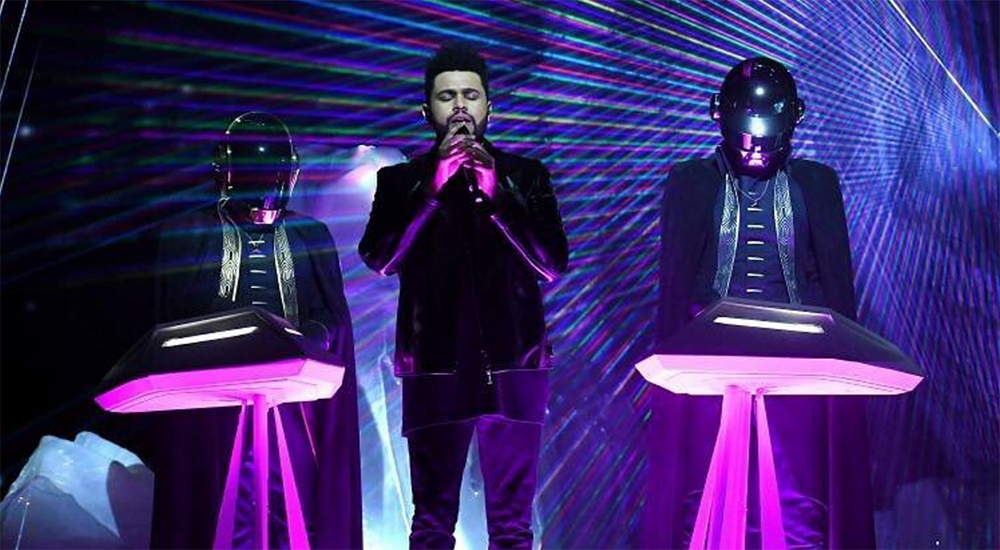 Guy-Manuel de Homem-Christo and Thomas Bangalter better known as electronic music producers Daft Punk graced the world with their presence today at the 2017 Grammys. Performing alongside The Weeknd, whose “I Feel It Coming” and “Starboy,” which the group produced for his Starboy album.

The French duo emerged from a cave of fog like Darth Vader, before The Weeknd launched into the vintage disco groove of “I Feel It Coming.” Keeping his stage presence small all three performers grooved out under a soft purple light. Watch above now.